from the UK Daily Mail:

In a stunning clash of two branches of the U.S. federal government, a Texas congressman told Attorney General Eric Holder on Tuesday that he should be ‘in jail’ instead of answering questions in a Capitol Hill hearing.

Republican Rep. Blake Farenthold refused to ask Holder – the hearing’s sole witness – any questions, instead slamming him for defying congressional document subpoenas and ignoring a criminal contempt citation the House of Representatives lodged against him nearly two years ago.

‘I’m committed to maintaining the constitutional balance of power and the authority that this legislative branch has,’ Farenthold said, ‘and I just don’t think it’s appropriate that Mr. Holder be here.’

‘If an American citizen had not complied with one of the Justice Department’s subpoenas, they would be in jail and not sitting here in front of me testifying.’

SCROLL DOWN FOR VIDEOS 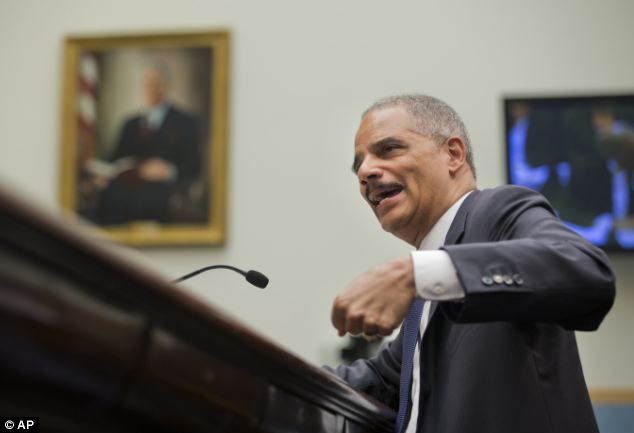 Attorney General Eric Holder defended his record before the House Judiciary Committee, fending off barbs about how the DOJ has blocked Congressional investigations into the deadly Operation Fast and Furious fiasco 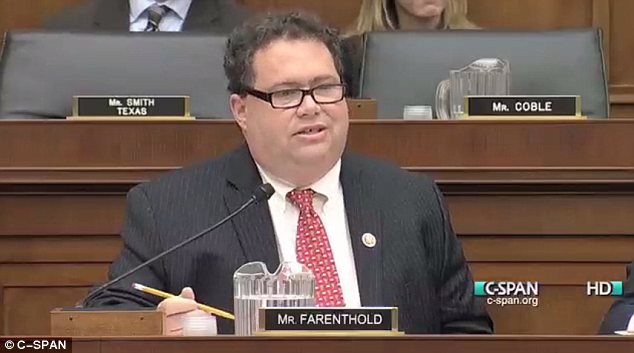 Texas Republican Rep. Blake Farenthold refused to ask Holder any questions, suggesting that the Attorney General should be ‘in jail’ for contempt of Congress 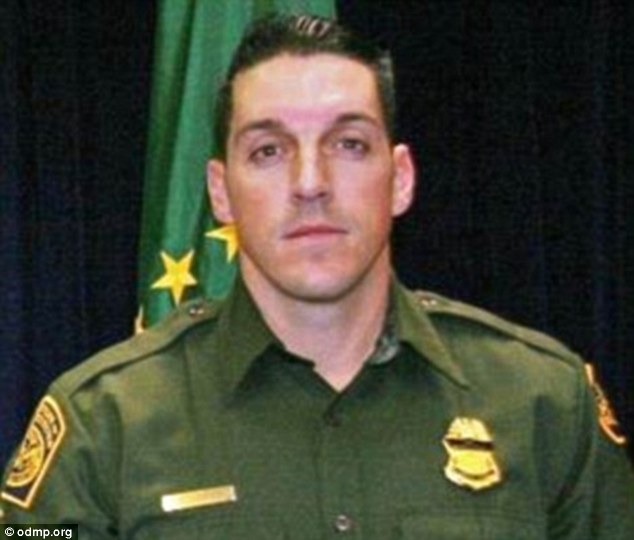 Border Patrol Agent Brian Terry was killed in 2010 with a gun that the Bureau of Alcohol, Tobacco, Firearms and explosives — a DOJ agency — sent across the Mexican border in a flawed scheme to track drug kingpins

His point made, Farenthold gave the balance of his allotted five minutes to South Carolina GOP Rep. Trey Gowdy.