I received an email recently entitled, “Hooray for Florida”. I like Florida so I read it. It was about a law Governor Rick Scott signed regarding welfare reform. That sounded great so I read on. The email says that welfare recipients must have a drug test to receive benefits. Well, this just keeps getting better. Hooray indeed. Let’s just say I’m a skeptic. I decided to look further into the story. Much to my surprise, NOT, it’s not what it appears. With politicians, it never is. Here’s the real story.

Various articles explain basically the same thing such as, “The controversial new law has sparked national debate and is already the subject of a lawsuit filed by the American Civil Liberties Union.” What a shocker, eh? “The group deems the tests unconstitutional for violating the random search and seizure clause. Supporters, including Gov. Rick Scott, say the tests prevent taxpayer money from funding drug habits, but critics say the law unfairly stereotypes the poor.” Howard Simon, Executive Director of the American Civil Liberties Union of Florida, said in a statement, “The wasteful program created by this law subjects Floridians who are impacted by the economic downturn, as well as their families, to a humiliating search of their urine and body fluids without cause or even suspicion of drug abuse.”

So far, this is pretty decent. The ACLU is upset. That’s a plus. Let’s take a crack at the ACLU & other libs’ claims. First off, the tests aren’t random. Everyone who wants welfare gets tested. It’s also completely optional. If you don’t wish to be tested, don’t apply for welfare. Second, no, it stereotypes the poor quite fairly. As Ben Franklin said, “I am for doing good to the poor, but I differ in opinion of the means. I think the best way of doing good to the poor, is not making them easy in poverty, but leading or driving them out of it.” As for the ACLU statement, really, humiliating search of bodily fluids? That’s the best they can do? I think they take the fluids out first. 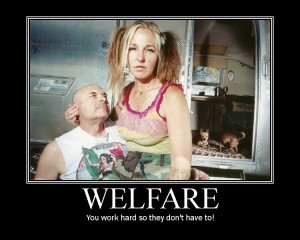 The articles go on to explain, “Those who test positive for drugs are ineligible for one year (or six months if they pass a drug course) for the temporary cash assistance. If they fail a second time, they are ineligible for three years. Ok, wait. Temporary cash assistance? I knew this was too good to be true. This isn’t welfare as a whole. This is just a small slice of the overall welfare program. It gets better, or worse, depending on your point of view. “A third-party designated by the family can then sign up for the funds so the money is still passed onto the children. But that person also must be drug tested and fill out lengthy paperwork, which can delay a family from getting money for 30-60 days,” So, it’s a crock. It sounds good, but as usual, isn’t. It’s like an alcoholic with a designated driver. He’s still an alcoholic. Designated by the family? You mean the family whose members just failed the drug test? Who makes sure the money gets to the children?

A good point was unexpectedly made. “Is there any interest in finding if money by these applicants is being diverted to alcohol abuse, which can be far more destructive and certainly expensive, in terms of money being diverted from their dependents?” asked Rep. Steve Perman, D-Boca Raton. Wow! I agree with a democrat. 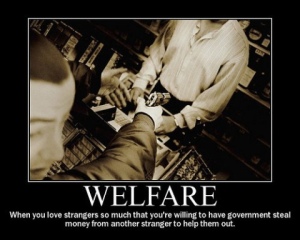 I realize this law can be looked at as a step forward or in the right direction, but if they’re going to do this, they have to know the left & the press, no matter what, will hammer them. Knowing that, they must go for everything. Not just a little slice.

Maybe it’s me. Maybe I can’t be satisfied but I am just sick & tired of half measures & loopholes. Today, more than ever, we need to take some dynamite to the granite sentinels of liberalism, not just chips off the edges. A good start is no longer good enough. Time is no longer on our side.