From time to time we get a peek inside the mind of a true insider. George Soros knows a thing or two about destabilization and far from equilibrium situations. He’s been on the giving and receiving ends of both.

From surviving the Nazi occupation of Hungary during World War II, to single handily crashing the currencies of entire nations, the experience he brings to the table should not be ignored.

With his deep connections in economic and political circles, if there’s anyone who knows what’s coming next, it’s Soros.

In his book The Crash of 2008 and What It Means, Soros warned that no matter what governments did, there was no way out of the trap in which the world – namely The United States – finds itself:

“So what does the end of an era really mean? I contend that it means the end of a long period of relative stability based on the United States as the dominant power and the dollar as the main international reserve currency. I foresee a period of political and financial instability, hopefully to be followed by the emergence of a new world order.”

Nearly four years on, the crisis, according to Soros, is now very much teetering on the edge of the instability he forecast in his book:

Via The Daily Beast: 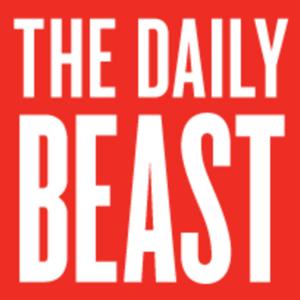 he is not sure what to do. “It’s very hard to know how you can be right, given the damage that was done during the boom years,” Soros says. He won’t discuss his portfolio, lest anyone think he’s talking things down to make a buck.

Has the great short seller gone soft? Well, yes. Sitting in his 33rd-floor corner office high above Seventh Avenue in New York, preparing for his trip to Davos, he is more concerned with surviving than staying rich.

“At times like these, survival is the most important thing,” he says, peering through his owlish glasses and brushing wisps of gray hair off his forehead. He doesn’t just mean it’s time to protect your assets. He means it’s time to stave off disaster. As he sees it, the world faces one of the most dangerous periods of modern history—a period of “evil.”

Europe is confronting a descent into chaos and conflict. In America he predicts riots on the streets that will 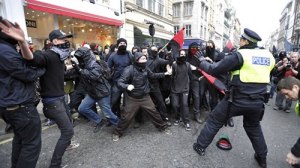 lead to a brutal clampdown that will dramatically curtail civil liberties. The global economic system could even collapse altogether.

“I am not here to cheer you up. The situation is about as serious and difficult as I’ve experienced in my career,” Soros tells Newsweek. “We are facing an extremely difficult time, comparable in many ways to the 1930s, the Great Depression. We are facing now a general retrenchment in the developed world, which threatens to put us in a decade of more stagnation, or worse. The best-case scenario is a deflationary environment. The worst-case scenario is a collapse of the financial system.”

Soros draws on his past to argue that the global economic crisis is as significant, and unpredictable, as the end of communism. “The collapse of the Soviet system was a pretty extraordinary event, and we are currently experiencing something similar in the developed world, without fully realizing what’s happening.”

As anger rises, riots on th

e streets of American cities are inevitable. “Yes, yes, yes,” he says, almost gleefully. The response to the unrest could be more damaging than the violence itself. “It will be an excuse for cracking down and using strong-arm tactics to maintain law and order, which, carried to an extreme, could bring about a repressive political system, a society where individual liberty is much more constrained, which would be a break with the tradition of the United States.”

One of the leading financial minds and policy influencers in the world has just outlined the best and worst case outcomes for this crisis, and both of them are disastrous.

We cannot stress enough to our readers that, despite the many criticisms, Mr. Soros knows what he’s talking about. He is connected to all of the major players on all levels – economic, financial, political – you name it.

He has gone so far as to suggest that the consequences for America are a complete breakdown in law and order, riots in the streets, financial collapse, and a repressive government response.

Even the best and the brightest don’t know what to do, other than to duck and cover.

It’s coming, and it can’t be stopped.

Editorial Comment: You all know how I feel about George Soros. He may actually be the Devil. He is, I agree, about as well-connected as anyone on earth. Many 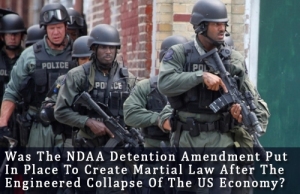 of us like-minded people have been warning of this possibility & preparing for it. I don’t know what will happen, nor does anyone else.

Recently & by sheer coincidence I’m sure, Obama signed the NDAA, the National Defense Authorization Act. Buried in this law is the fact that the Commander-in-Chief can have anyone, citizen or non, pulled off the street, dragged away & detained for as long as they wish, without being charged.