Have you heard the term, “Drive by Media”? Rush Limbaugh coined it several years ago.

For those who don’t know it’s meaning, it is a twist on the term “Drive by Shooting”. 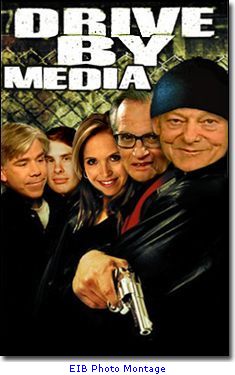 The Urban Dictionary accurately defines it as, “Rush Limbaugh’s term for the sensational, scandal-seeking, and agenda-driven coverage that is typical of the national press corps in America. Limbaugh draws an analogy between the media who cover a story with a barrage of unfair cheap shots before moving on to the next flavor of the month and an inner city gang that drives by and sprays a target with gunfire and then moves on to their next target.”

There is no real investigative journalism, no thought to the reporting, other than an overarching agenda.

There is never an apology when things turn out opposite to how things were originally reported; no follow-up.

There is just deafening silence where once was earth-shaking sensationalism.

It’s not that today’s “Journalists” are incapable of real investigation. It must first & only fit their overall worldview. A recent good example was the Herculean effort & hundreds of man-hours spent pouring through former Governor Palin’s emails.

This brings us to one of the latest cases of journalistic malpractice perpetrated by the “Drive Bys”. The liberation & democratization of Libya from the evil Gaddafi regime.

The al-Qaeda flag, which contains the phrase “there is no God but Allah” with a full moon underneath, flies above the new national flag of Libya at the courthouse in Benghazi.

There is no God but Allah

The courthouse in Benghazi is where the “rebels” established their provisional government, and it is where the “media center” for communication with foreign journalists was located during the fight against Gaddafi.
It has been known all along that al-Qaeda was very heavily represented in the army of “the rebels” and among the leadership of “the rebels”. Now, thanks in part to Obama, they have taken over Libya and they intend to impose a brutal form of Sharia law on the entire Libyan population. Please don’t say, “It was NATO, not this administration”. America is NATO. 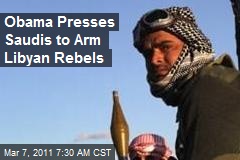 This is an account from an eyewitness: “It was here at the courthouse in Benghazi where the first spark of the Libyan revolution ignited. It’s the symbolic seat of the revolution; post-Gaddafi Libya’s equivalent of Egypt’s Tahrir Square. And it was here, in the tumultuous months of civil war, that the ragtag rebel forces established their provisional government and primitive, yet effective, media center from which to tell foreign journalists about their ’Fight for freedom’.”

They knew it wasn’t freedom they were fighting for. It was a new theocracy & another piece of the Caliphate puzzle.

According to the UK Telegraph, the leader of the Libyan rebels was very open about the fact that his “troops” included significant numbers of al-Qaeda fighters that were firing bullets at U.S. soldiers in Iraq.

Abdel-Hakim al-Hasidi, the Libyan rebel leader, has said jihadists who fought against allied troops in Iraq are on the front lines of the battle against Muammar Gaddafi’s regime.

Like Egypt, we were led to believe the Libyan “Rebels” just wanted to take their country back for the betterment of their people. Why were we not told al-Qaeda was part of the Rebel Alliance. I thought al-Qaeda were our enemies. Why would we help them? Gaddafi was a bad dude & I’m sure he received a non-stop flight to the lowest level of hell but, in my book, al-Qaeda is worse. Like Mubarak of Egypt, Gaddafi was contained. These terrorists have no boundaries.

I’m just a schlub with a blog, but even I knew this would happen. I wasn’t sure which terrorist group would seize control, but I knew one of them would fill the vacuum.

Where are the “Drive Bys”, explaining that maybe they should have looked a little deeper and, now on multiple occasions, admit they were wrong & there will no democracy, no freedom.