It sounds like a couch potato’s dream: two-and-a-half minutes of exercise could be just as good as a 90-minute run.

Research suggests that short, sharp bursts of exercise are better at warding off heart disease than much longer – but less strenuous – sessions.

Those on the exercise bike pedalled as hard as they could for 30 seconds, rested for up to four minutes and then repeated the pattern four times.

This meant that, in all, they did two and a half minutes of exercise strenuous enough to make them sweat and leave them out of breath.

The others walked at the sort of brisk pace recommended in health guidelines.

A day later, they came back into the lab and ate a fatty breakfast and lunch consisting of bread, mayonnaise and cheese.

Their blood was then tested to see how quickly the levels of fat in their blood fell – as fat lingering in the blood after eating is known to trigger the first in a series of steps that can lead to clogging of the arteries and heart disease.

The results revealed that walking cut fat by 11 per cent, compared with not doing any exercise. 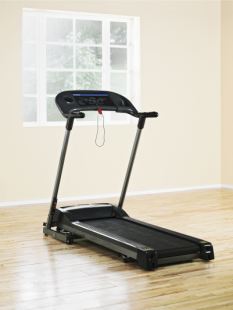 But the short sharp bursts of exercise cut it by 33 per cent – the sort of effect expected from a 90-minute run.

Dr Gray, of Aberdeen University, told the British Science Festival that short bursts of intensive exercise may somehow spur the liver into taking in more fat from the blood, before storing it or burning it off.

He said that, while the high intensity training ‘won’t necessarily’ improve strength, it does b

oost endurance. He added that the short duration of the exercise was ‘highly important as time is often cited as the main barrier to taking part in exercise’.

The need to rest between the high-intensity activity means the whole routine took around 20 minutes – and it has to be done regularly.

Dr Gray said: ‘Although moderate intensity, longer sessions of exercise can help protect the body against cardio-vascular disease, the findings of our study showed that higher-intensity shorter intervals of exercise might be a more effective method to improve health and reduce the time commitment to exercise.’