You might not think that there would be much overlap between Lamborghini lovers and SUV drivers. 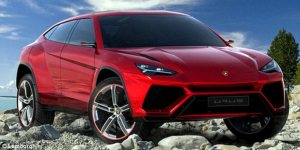 After all, the flashy sports cars are usually driven by stars and musicians, while rugged off-road vehicles are more the preserve of farmers and outdoorsmen – or, in recent years, suburban soccer moms.

But the two worlds are about to collide, as the luxury Italian firm launches its own four-by-four, for the lumberjack who wants to look smart as he traverses the forest.

The Lamborghini Urus was unveiled at the Beijing Auto Show this week, and it could be

coming to a road – or dirt track – near you before too long. Although Lamborghini has not yet revealed the price,  it is expected to hit the market in 2015.

It arguably looks more like a sports car than like the average SUV, with its aerodynamic shape, sleek design and glossy finish. This “crossover” has huge 24-inch wheels and a 600 horsepower engine. Like most of Lamborghini’s cars, the Urus has full-time all-wheel-drive with a focus on on-road performance. 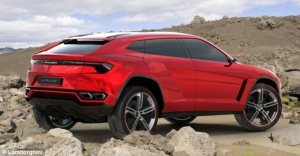 At just 5ft 6in high, the car is also significantly shorter than most other four-wheel drives, making it more attractive to the city-dwellers who provide Lamborghini’s usual customer base.

And its more hi-tech features are a world away from the rural origins of the the SUV, as it is equipped with all sorts of clever gadgetry.

Instead of wing mirrors, it has cameras feeding video to screens positi

oned next to the driver.

The Urus – named after an extinct ancestor of the cow – is packed with carbon fibre, which is exceptionally strong relative to its weight.

And the car even changes its own shape, with a front spoiler which adjusts its position depending on whether the driver is off-road or speeding down the freeway.

Surprisingly, this is not the first time Lamborghini has tried to launch an SUV. 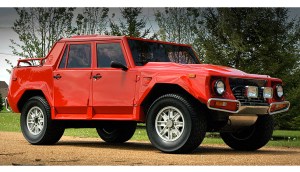 The company is determined that the Urus will be different, and is planning to turn out as many as 3,000 per year.

That would make the SUV Lamborghini’s most popular model – but it remains to be seen whether the firm is ready to shift from boy racers to rednecks.