With temperatures hitting 100F (37.7C),  heading to the seemed like a sensible plan to keep cool.

But imagine the dismay for these visitors  when they arrived at this water park in eastern China to find that everyone else had the same idea.

There was barely elbow room to be had at the  Playa Maya park in Wuhan, Hubei province yesterday as rubber rings and bodies  fought for space in the water. 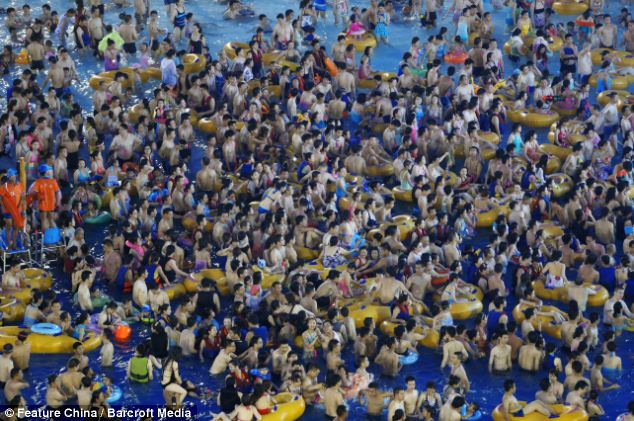 Swimmers took a water park in Wuhan, in China’s Hubei  province, to cool down in 100F heat yesterday 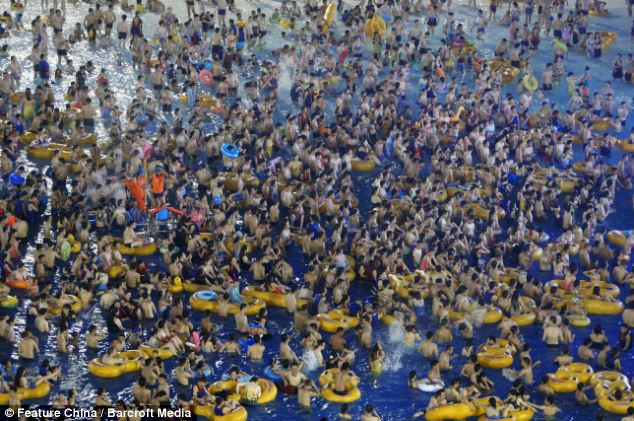 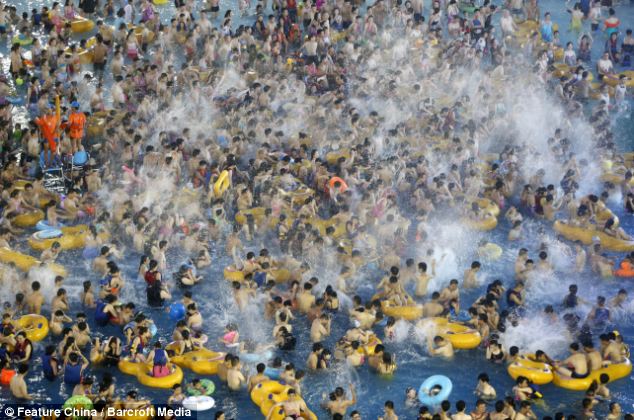 In the middle of the melee, lifeguards clad  in orange stood on high chairs keeping a watchful eye over the  swimmers.

The park disinfects its 21,000 cubic metres  of water every four to six hours, according to eChinaCities.com, to deal with  any hygiene worries caused by thousands of people sharing the same  water. 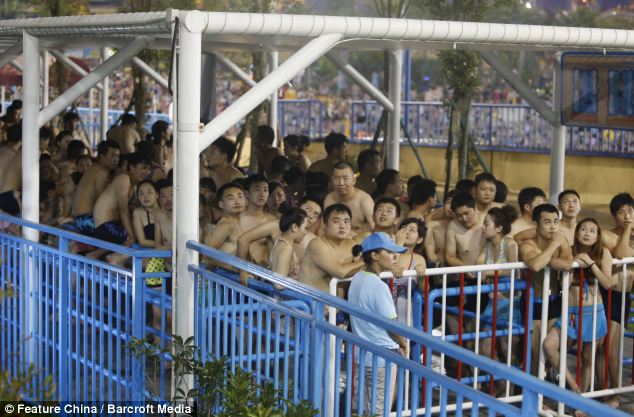 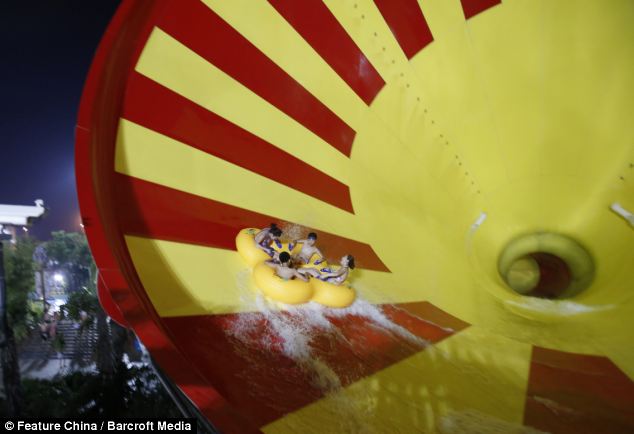 Wuhan is renowned for its steamy summers,  with daytime humidity regularly hitting 80% at the peak of summer every  July.

The oppressive heat has earned Wuhan  its  title as one of China’s ‘Three Furnaces’ – a trio of hot eastern  cities  including Nanjing and Chongqing. 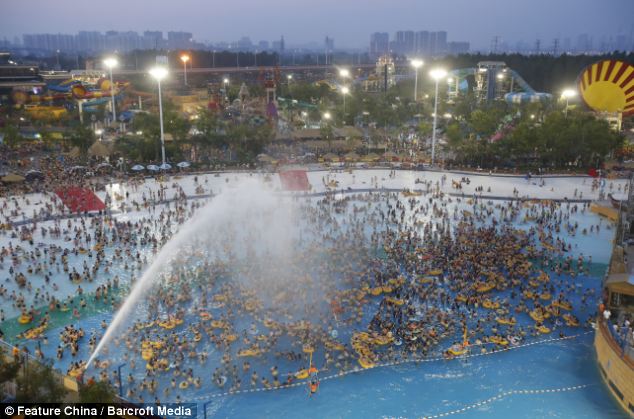 The Playa Maya park attracts 10,000 visitors a day  during the height of summer