Rare close-up footage of   the snow leopard, one of the world’s most  endangered species, has emerged.

Taken using a hidden camera, the footage  shows a snow leopard in the mountains of Qinghai Province, China.

The images were captured on infrared cameras  by wildlife photographer Matse Rangja, who has only  managed to film the leopard once before in eight years.

Scroll down for  video 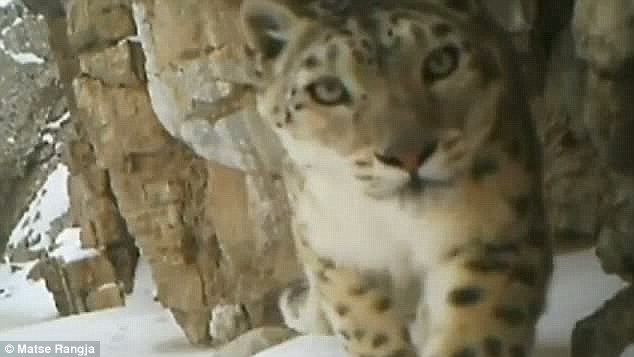 The rare footage, showing a snow leopard up-close and  personal has emerged to delight nature enthusiasts 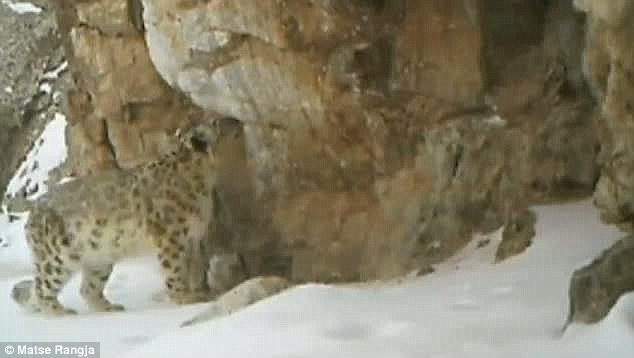 The footage was taken in the mountains of Qinghai  Province, China

Rangja hide the infrared camera between two  rocks, so he could be out of sight and not scare the animal away.

The video shows a curious snow leopard  sniffing around the rock and then walking over to the camera to check it out.

Snow leopards are rarely seen by humans and  are listed on the International Union for the Conservation  of Nature’s red list of threatened species.

It is estimated the total worldwide  population is only around the 5,000 mark. 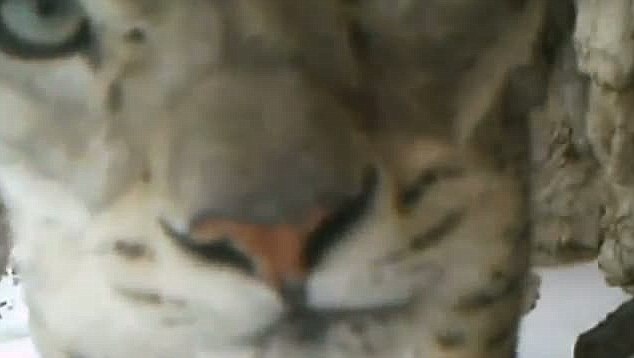 What’s this? The inquisitive snow leopard takes a closer  look at the camera 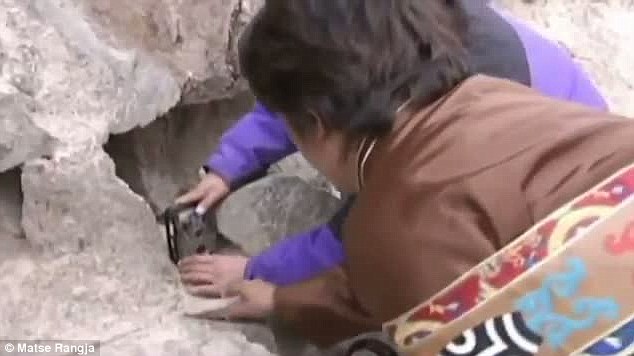 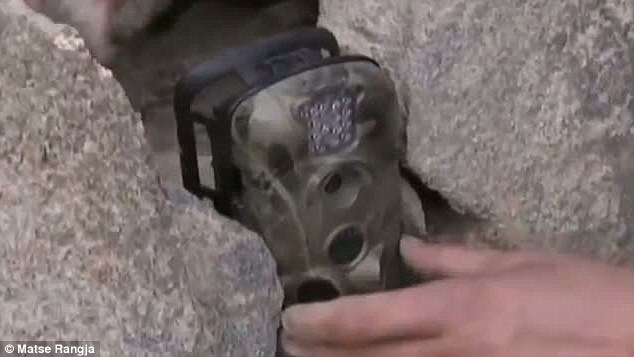 The camera, hidden between two rocks, has captured the  intimate images 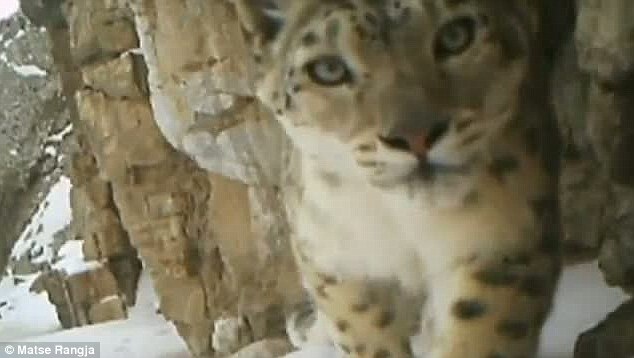 It is believed there are only 5,000 snow leopards left  in the world