Hitting the roads from today, the electric car will reduce emissions, with just water coming from its exhaust, and it even has DeLorean-style gull wing doors.

Called Rasa, the green vehicle runs on electricity generated by hydrogen fuel cells and gives the equivalent of ‘250 miles to the gallon’, according to its backers.

Despite hydrogen being a highly-flammable gas, Rasa’s makers Riversimple insist the car is safer than conventional petrol models because the gas is contained in a pressurised tank and dissipates upwards in the event of a crash. 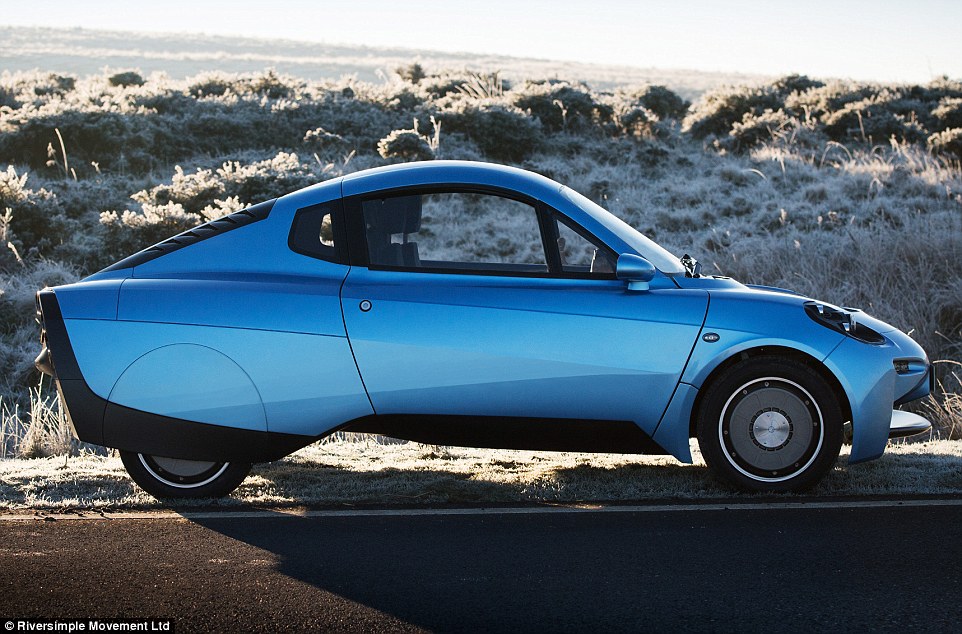 The British-built Rasa (pictured) runs on electricity generated by a hydrogen fuel cell and gives the equivalent of ‘250 miles to the gallon’. The two-seater will travel 300 miles (482km) on one 1.5kg fill-up of the lighter than air gas 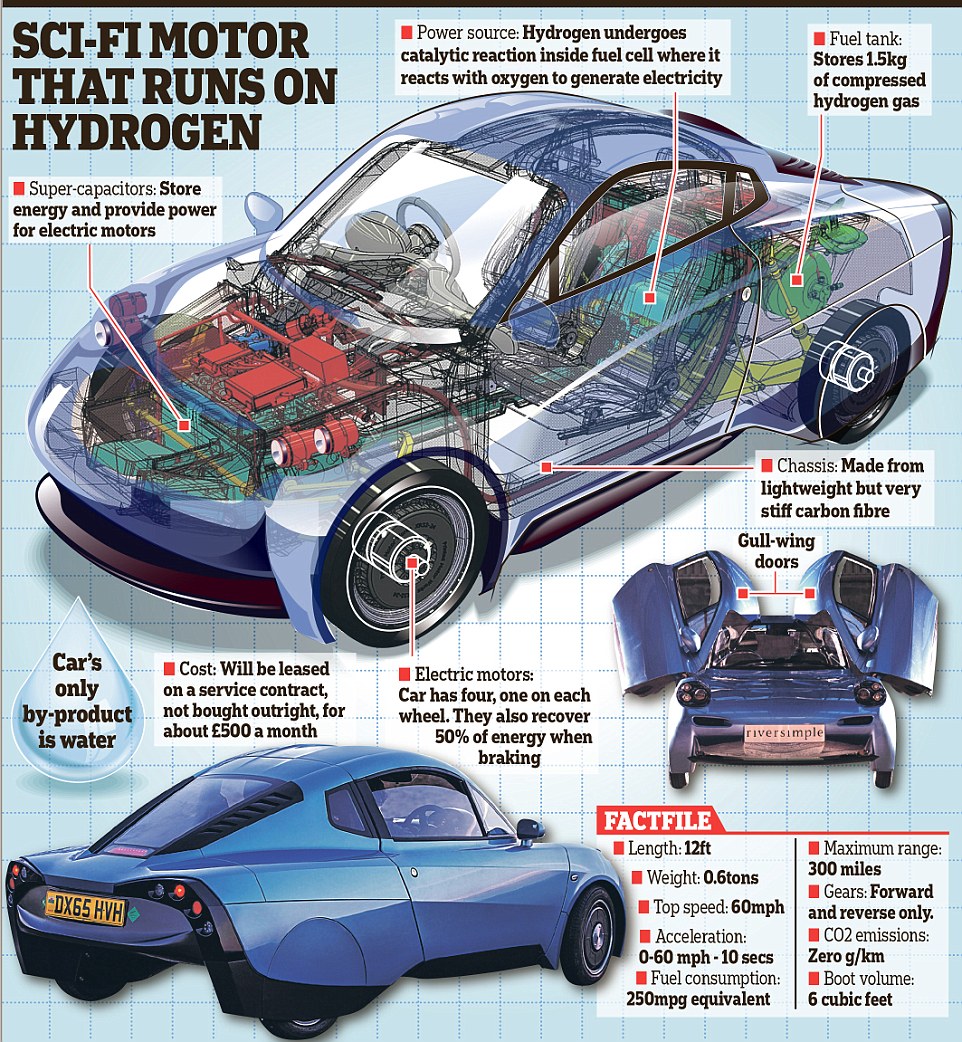 This tank, fitted in the boot, has been designed to be placed away from the engine and is strengthened to withstand crashes.

Its makers explained that even if it did leak in a crash, the tank has been designed so the gas would not ‘pool’ under the vehicle as is the case with unleaded.

The two-seater will travel 300 miles (482km) on one 1.5kg fill-up of the lighter than air gas – which was once used to provide the lift in Zeppelins until the Hindenburg disaster of 1937.

The car has no gears, just buttons for forward, neutral or reverse, plus an accelerator pedal and brake. It can accelerate from zero to 60mph (97km/h) – the city car’s top speed – in 10 seconds.

Named after the Latin for ‘clean-slate’, the futuristic-looking Rasa has been developed from scratch over 15 years by engineers and entrepreneurs at Riversimple Movement based in Llandrindod Wells in Wales.

Initial plans are to lease thousands of the vehicles to customers on service contracts for about £500 per month – rather than selling them outright.