An alarm clock which forces its owner out of bed to turn it off could be the saving grace for snoozers.

The robotic clock jumps off your bedside table and runs across the floor on two wheels, leaving big sleepers with no choice but to go after it to stop it emitting a high pitched alarm call.

When the alarm activates, the wheels propel the clock forwards and can survive drops from surfaces of up to 3ft tall. 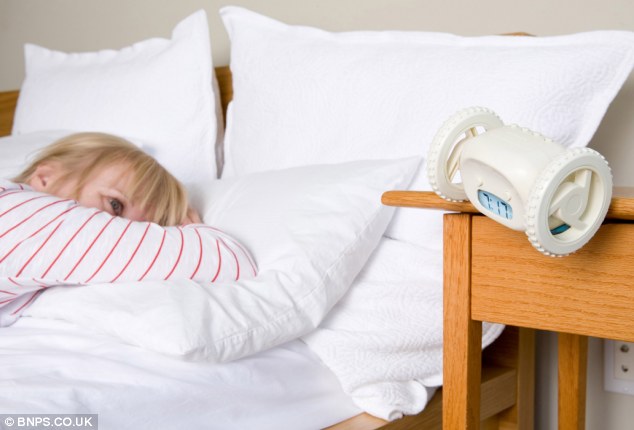 ‘Clocky’ will jump off your bedside table and run off across the room, forcing you out of bed to stop the noise
Clocky. The alarm that forces you out of bed, by running away!

Invented by a graduate student who struggled to get up in time for her lectures, ‘Clocky’ the robot clock, will not stop moving across the room until it is caught and the alarm switched off.

The $60 escapist alarm allows a single snooze before it kicks into gear and can travel on wood or carpet surfaces.

‘If you let Clocky go it will easily traverse your bedroom, it always finds its way under your bed,’ Ian Olson, sales director at No. 8 Brands said.

‘First you have to track Clocky down, then you can hit the alarm button to turn it off.’ 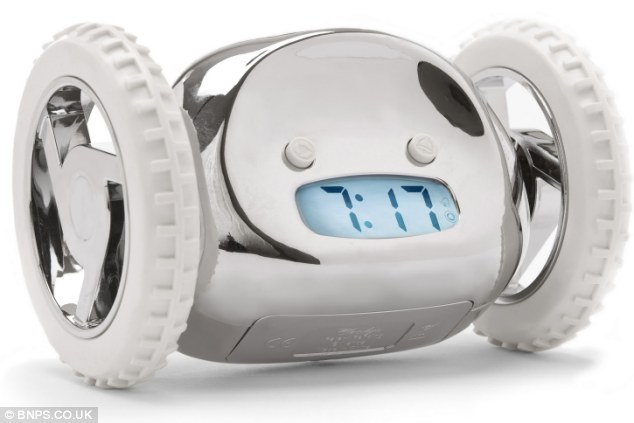 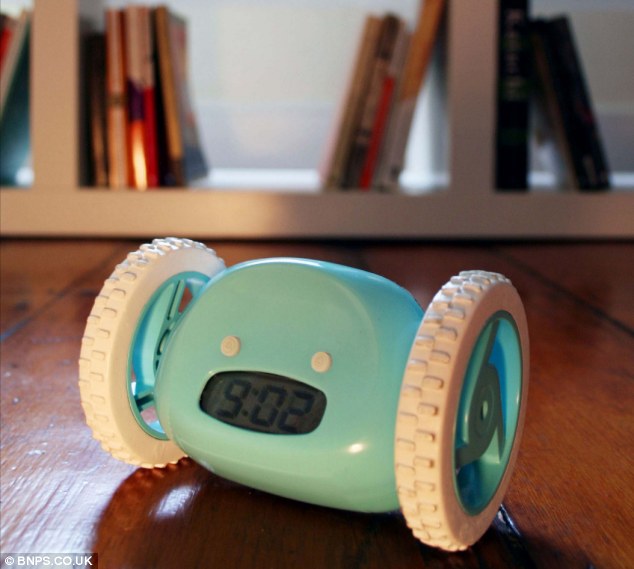 ‘We’ve received very positive feedback, we’ve had many customers who are heavy sleepers and Clocky is the only clock that will wake them up.’

Mr Olson explains that although it defies the idea of Clocky, the wheels can be removed.

‘We have had plenty of people who hate how effectively it works, those people love their snooze buttons too much.’ 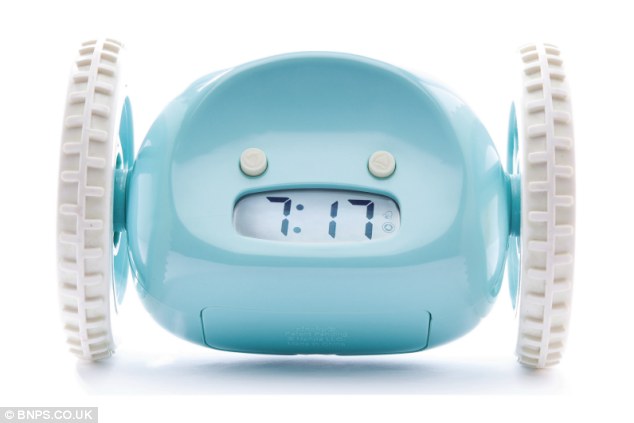