This is the spectacular moment a photographer struck gold by capturing a bolt of lightning cracking through a rainbow during a freak weather display.

The extraordinary one-of-a-kind sighting was captured by keen photographer Nolan Nitschke, 27, while on a trip to Yosemite National Park in California, U.S.

Mr Nitschke knew a storm was approaching the area and that the incredible rocky peaks throughout the park act as lightning rods. However, he had no idea he would capture such a breathtaking moment. 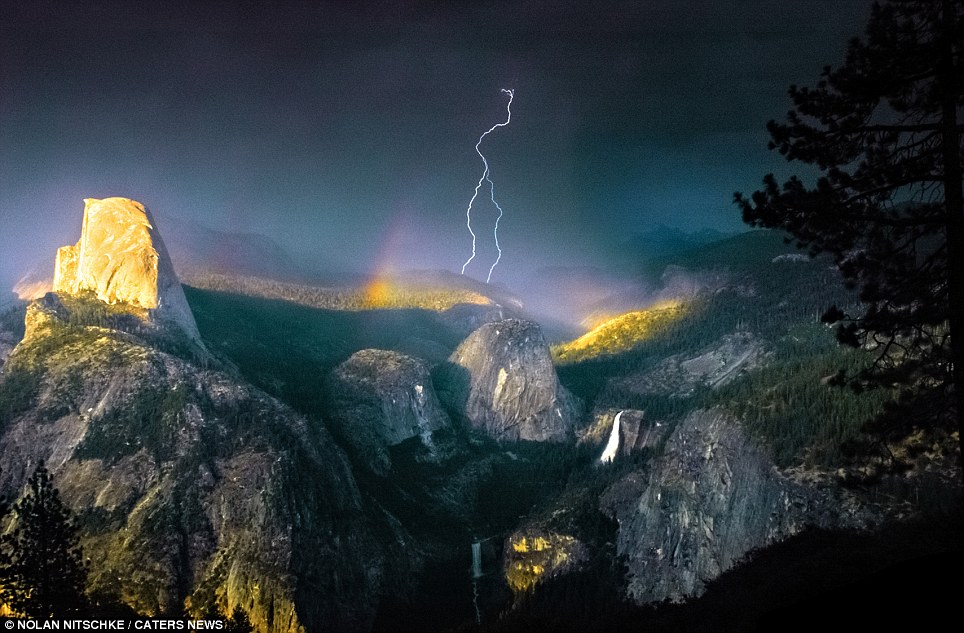 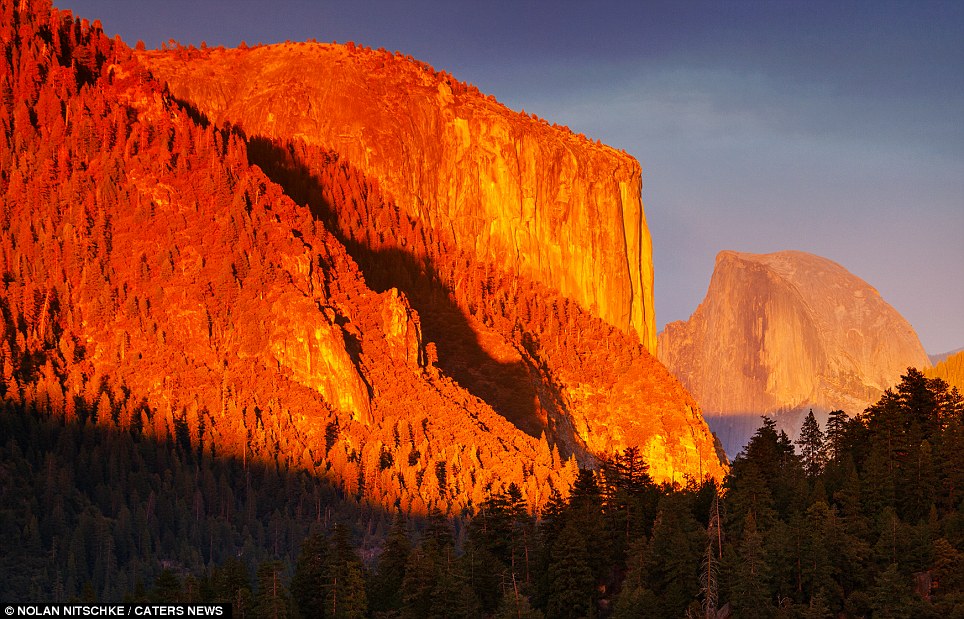 The one-of-a-kind sighting was captured by keen photographer Nolan Nitschke, 27, while on a trip to Yosemite National Park in California, U.S 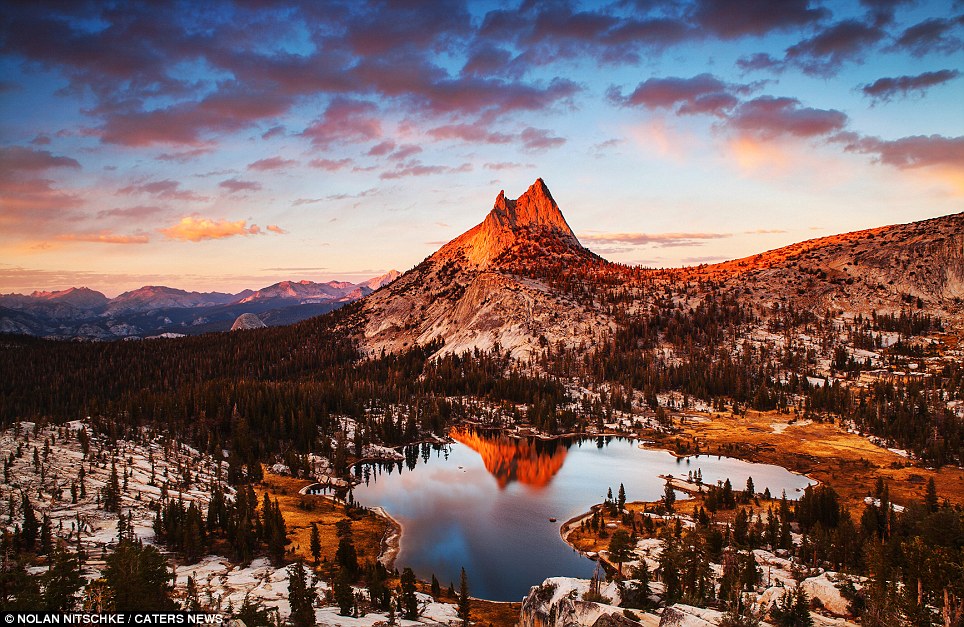 To get his impressive picture, Nolan knew a storm was approaching the area and that the rocky peaks act as lightning rods. This is another of his impressive images of the national park

After spending hours painstakingly trying for the perfect shot he finally hit the jackpot as the bright lightning crashed through the colorful rainbow lighting up the dark sky.

Mr Nitschke, from Bishop in California, said: ‘I was determined to capture a lightning bolt with Half Dome in the background and knowing a storm was getting close I set out to capture it.

‘I was there trying to accomplish this goal which wasn’t a given but little did I know I would get it on my first real visit for this purpose – albeit after a few hours missing out.

‘The thunderstorm rolled into Yosemite and the Sierra Nevada. Yosemite and its granite cliffs, domes, and spires are famous for becoming lightning rods during these types of storms. 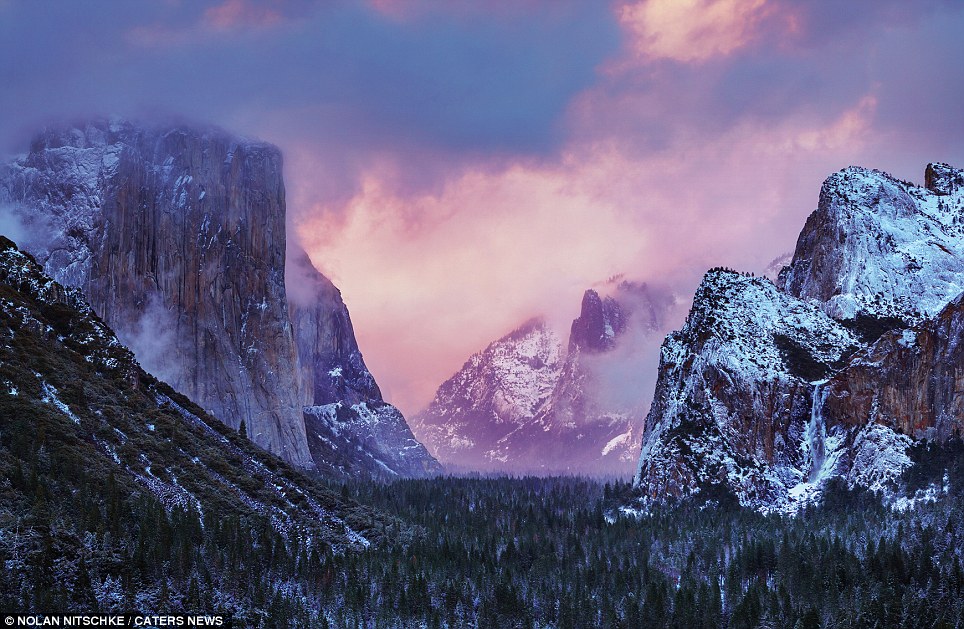 The photographer spent hours painstakingly trying for the perfect shot of the lightning bolt through the rainbow. This is another of his impressive photographs 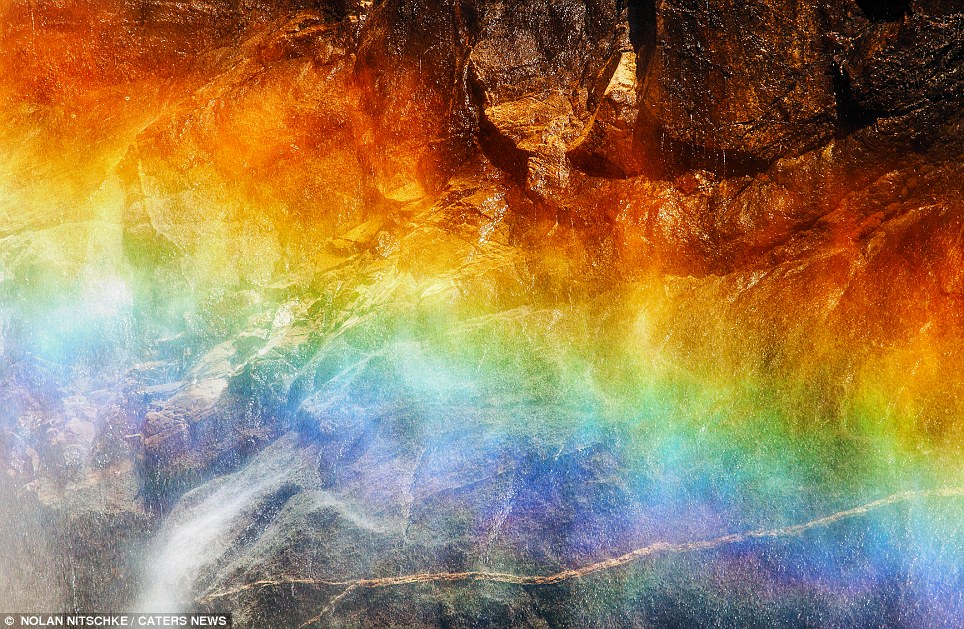 ‘I had seen lightning, rainbows and storms before but never all together at once and especially not in one of the most beautiful places in the world.’

Mr Nitschke tried  unsuccessfully for hours to capture a lightning bolt, missing numerous ones that would flash after the shutter would close or before it would open.

‘A split second after I opened the shutter I saw the flash and my heart nearly stopped’, he added. 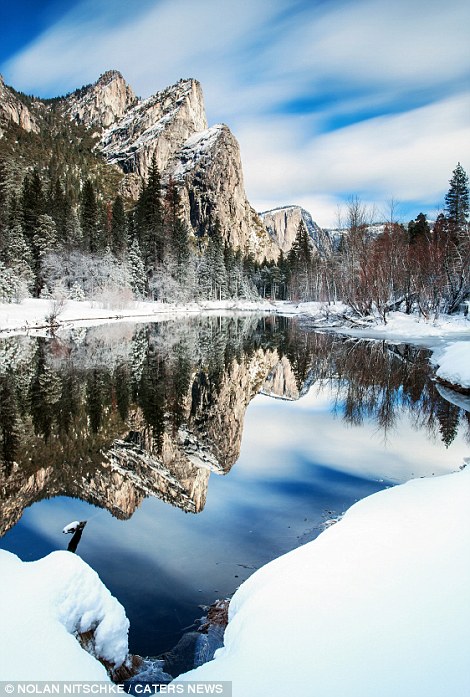 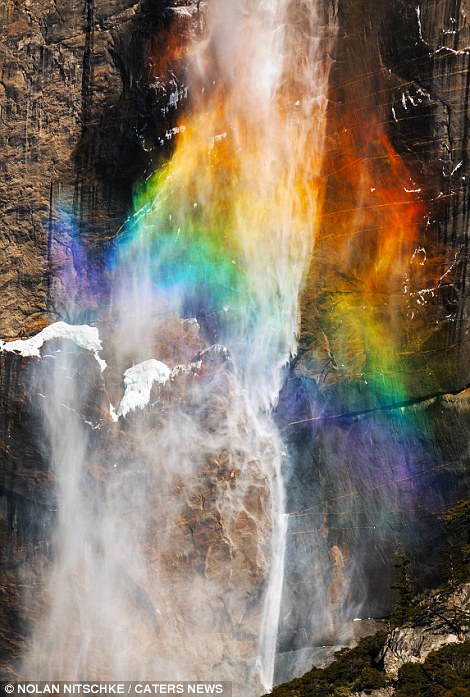 The Californian photographer also captured this stunning rainbow at a waterfall in Yosemite, right, as well as this image of an icy lake at the foot of some mountains 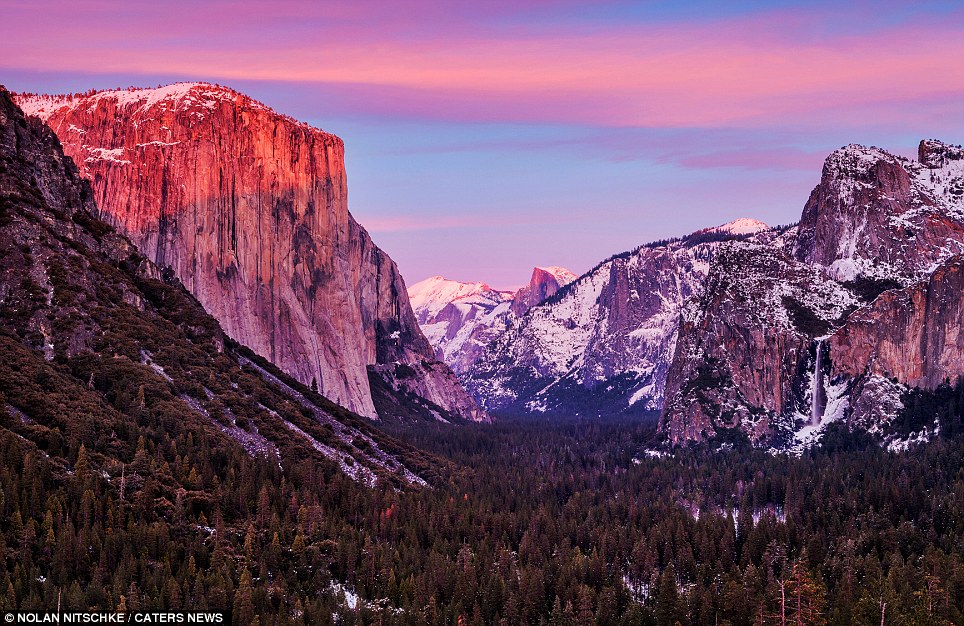 With its granite cliffs, domes, and spires, Yosemite is famous for becoming lightning rods during storms 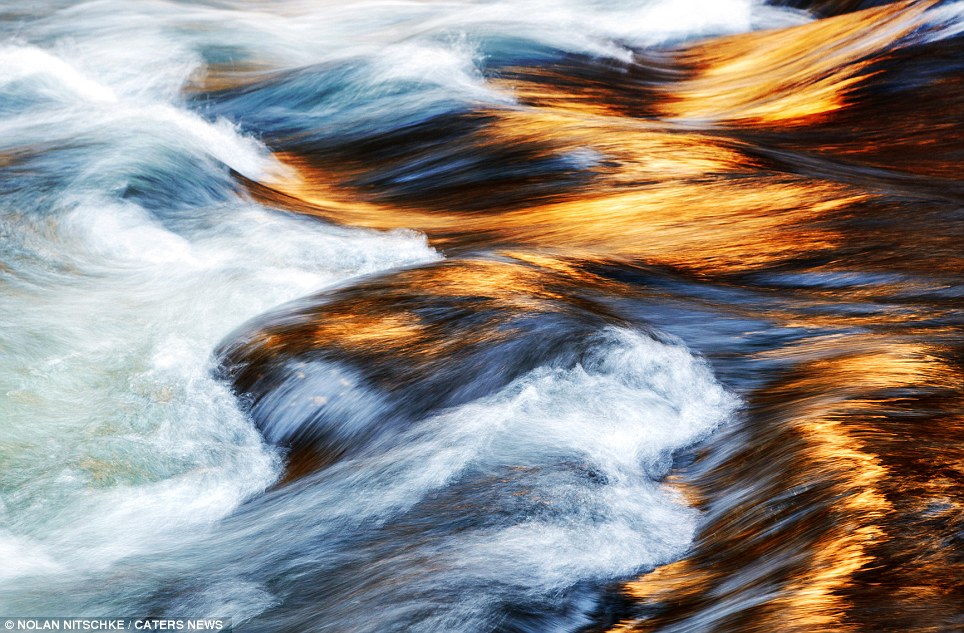 ‘I knew instantly that it was dead centre in the composition and that a partial rainbow had begun forming.

‘At first I couldn’t breathe, talk, or move. A second later, after the reality of what I had captured settled in I yelled with excitement and lot of expletives.

‘It was an incredible moment and I’m just glad I decided that day to pick up my camera and give it a go because I don’t know if I will ever get the chance again.’