An American bomber pilot was fighting for his life and the lives of his six wounded crew members when he tried desperately to keep the plane from nose-diving into German territory during World War II.

Adding to his concerns, 2nd Lt. Brown feared a new threat when he spotted a German plane directly next to his plane, so close that the German pilot was looking him directly in the eyes and making big gestures with his hands that only scared Brown more.

The moment was fleeting however, as the German quickly saluted the American plane before peeling away as soon as one of Brown’s men went for the gun turret to attack their enemy.

SCROLL DOWN  FOR VIDEO 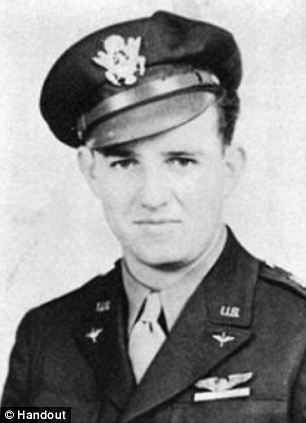 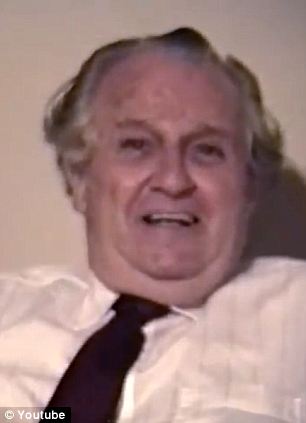 Saved: Charlie Brown was the lone pilot controlling an American bomber in 1943 when a German soldier decided not to shoot at the bloodied soldier 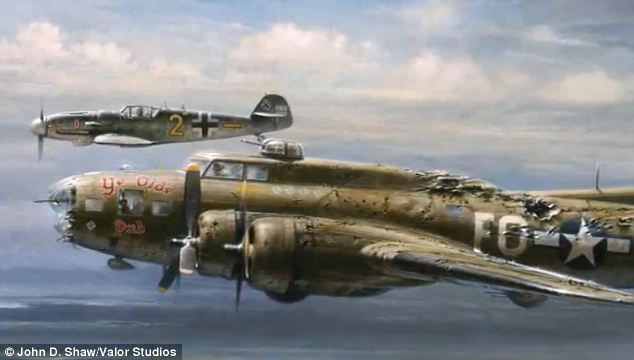 The New York  Post details the ensuing struggle that Brown dealt with after he was able to fly and land his battered plane safely and go on to live a happy and full life following the war, all because that German pilot decided to go against orders and spare the Americans.

As soon as he landed, Brown told his commanding officer about the spotting of the German soldier, but he was instructed not to tell anyone else for fear of spreading positive stories of the German enemy.

The kind pilot’s was Franz Stigler, 26-year-old ace pilot who had 22 victories to his name with just one alluding him before being awarded the Knight’s Cross.

His moral compass was more powerful than his need for glory, however, as the lesson he learned from an earlier mentor kept him from shooting at the American plane. 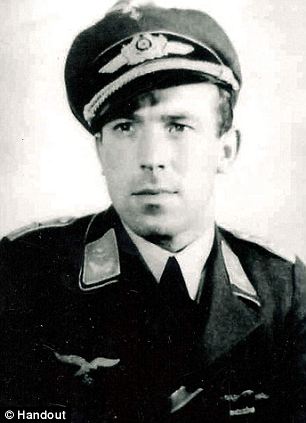 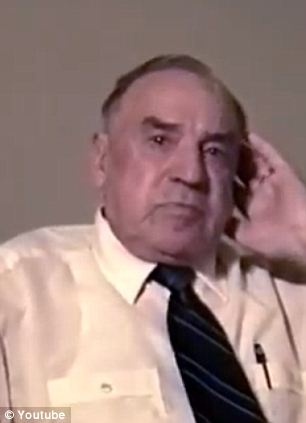 Mercy: Franz Stigler thought it was wrong to shoot at  the damaged plane because it was like aiming at a ‘parachute’

His officer told him ‘If I ever see or hear of you shooting at a man in a parachute, I will shoot you down myself. You follow the rules of war for you — not for your enemy. You fight by rules to keep your humanity.’

The test of his humanity came when he saw Brown’s plane, trying to fly while half of it’s wing was blown apart and as crew members were rapidly trying to help one another tend to their injuries.

‘For me it would have been the same as shooting at a parachute, I just couldn’t do it,’ Stigler said.

In 1987, more than 40 years after the December 20, 1943 incident, Brown began searching for the man who saved his life even though he had no idea whether his savior was alive, let alone where the man in question was living. 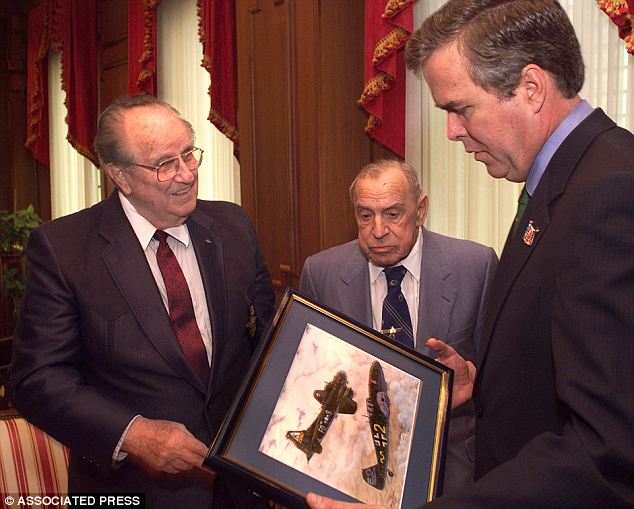 Honoring past moves: Brown and Stigler met with  then-Florida governor Jeb Bush in 2001

Brown bought an ad in a newsletter catering to fighter pilots, saying only that he was searching for the man ‘who saved my  life on Dec. 20, 1943.’

Stigler saw the ad in his new hometown of Vancouver, Canada, and the two men got in touch.

‘It was like meeting a family member, like a brother you haven’t seen for 40 years,’ Brown said at the pair’s first meeting.

Their story, told in the book “A Higher Call”,  ended in 2008 when the two men died within six months of one another, Stigler at age 92 and Brown 87.

7 comments on “A Pilot Encounter”