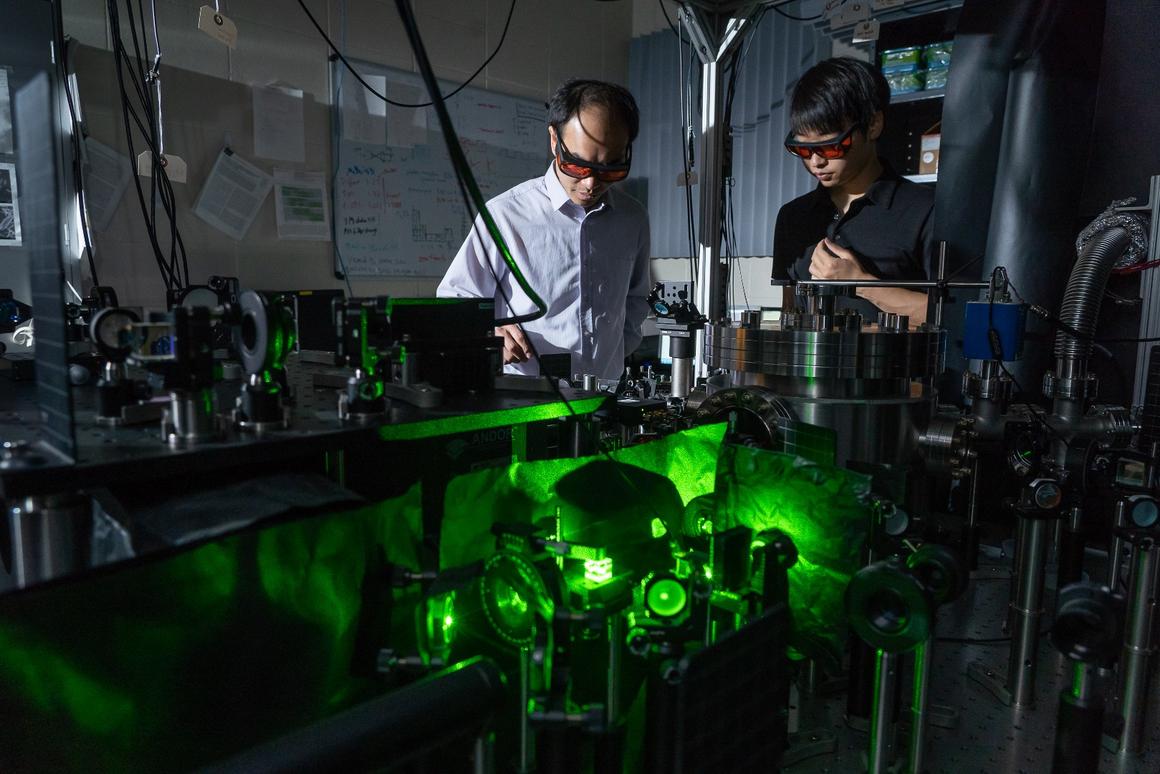 Back in July 2018, researchers at Purdue University created the world’s fastest-spinning object, which whipped around at 60 billion rpm – and now that seems like the teacup ride at Disneyland. The same team has now broken its own record using the same technique, creating a new nano-scale rotor that spins five times faster.

Like the earlier version, the whirling object in question is a dumbbell-shaped silica nanoparticle suspended in a vacuum. When it’s set spinning, this new model hit the blistering speed of over 300 billion rpm. For comparison, dentist drills are known to get up to about 500,000 rpm, while the fastest pulsar – which is the speediest-spinning natural object – turns at a leisurely 43,000 rpm.