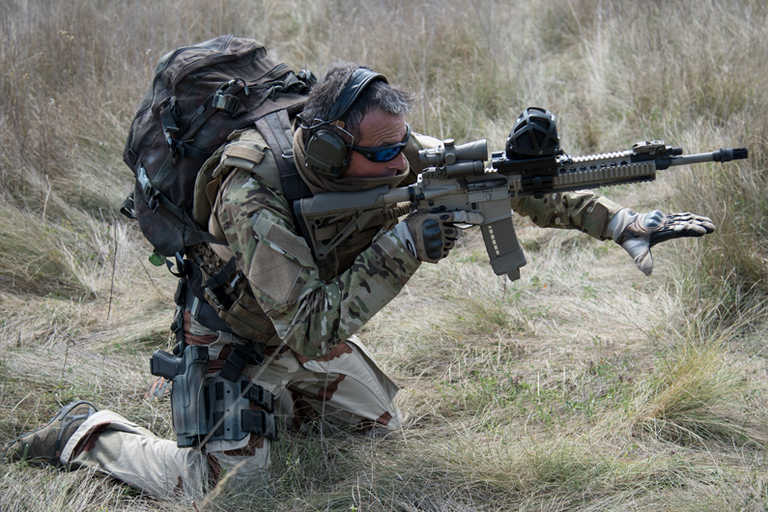 A new portable system small enough to mount on a personal firearm provides its user with the ability to quickly locate the source of hostile gunfire. The PEARL system, created by French defense contractor Metravib, uses acoustic sensors to determine the source of gunfire during the confusion of combat.

The PEARL system detects the shock waves generated by muzzle blasts from small arms fire. These shock waves travel through the air, radiating from all directions, like radar or sonar waves. With the help of advanced acoustic sensors, PEARL can trace them back to their point of origin.

Although so-called “shot spotting” technology has been out for some time now, PEARL’s system is small enough to mount on a helmet or rifle. The system attaches to the top Picatinny rail of a modern assault rifle and directs the user toward the source of gunfire via LED arrows.