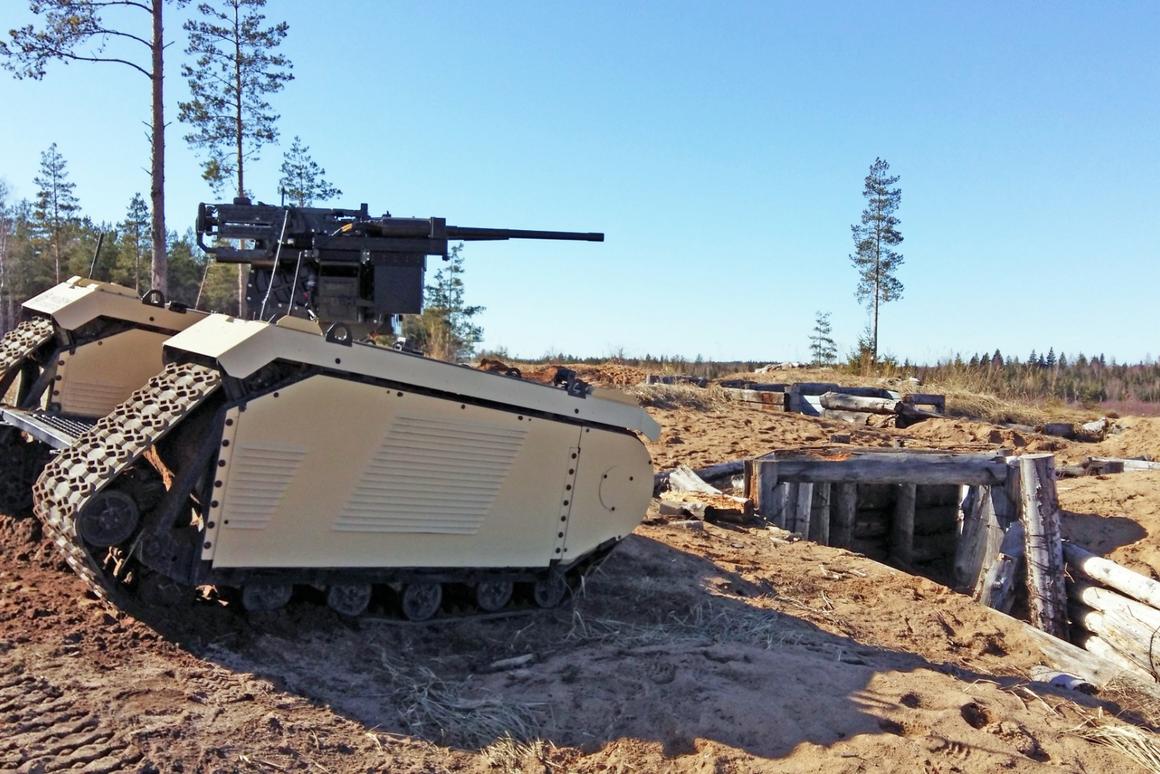 At a recent live-fire exercise in Tapa, Estonia, the latest version of Milrem Robotics and ST Engineering’s ground combat robot showed off its ability to operate under Beyond Line Of Sight (BLVOS) control. In the April tests, the THeMIS Unmanned Ground Vehicle (UGV) equipped with the ADDER DM Remote Weapon Station was armed with a 40mm Automatic Grenade Launcher and a 12.7mm Heavy Machine Gun.

Various versions of the THeMIS (Tracked Hybrid Modular Infantry System) have cropped up since it made its public debut three years ago, with partner companies having developed it into a force multiplier designed to aid dismounted soldiers in urban and rural combat zones.

The latest iteration boasts a wireless BLVOS control system that allows an operator equipped with a tablet-like, ergonomically-designed mobile or stationary control unit to both steer and fire it at ranges of up to 1,000 m (3,300 ft) in built-up areas and 2,500 m (8,200 ft) in open ground. According to the makers, its intuitive graphical user interface makes it easier to operate with less user fatigue and better combat performance. Secure firing control is provided by a dedicated Fire Control UHF-Band data-link embedded Fire Control System.

In addition, the THeMIS is armored to NATO STANAG (STANdardization AGreement) 4569 level 3, meaning that it can withstand 7.62×51mm armor-piercing rounds, anti-tank mines, and the detonation of a 155mm High Explosive round at a distance of 60 m (200 ft). With its top speed of 20 km/h (12 mph) it can deal with 60-degree grades and water up to 61 cm (24 in) deep. Meanwhile, its diesel-electric drive provides for 15 hours of operation.