My favorite aircraft of all time gets some needed upgrades. 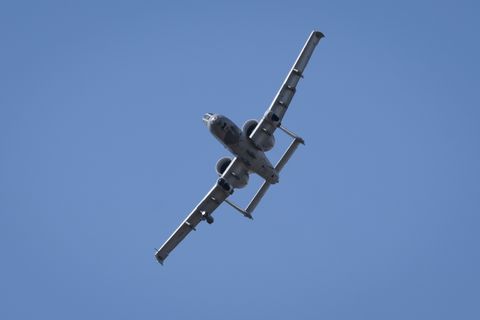 The A-10 Warthog ground attack jet, already in the process of receiving new wings, is also set for a series of improvements including new weapons, cockpit upgrades, and helmet-mounted controls.

The initiative will keep the Warthog relevant as a tank-killing ground attack aircraft, even as the air defenses of high tech adversaries become deadlier than ever. One of the most important is the incorporation of the GBU-39 Small Diameter Bomb. The GBU-39 is a 250-pound high explosive bomb fitted with wings and a guidance system, allowing it to engage individual ground targets at ranges up to 40 miles. According to Combat Aircraft, the Warthog can carry up to 18 GBU-39s, theoretically giving it the ability to engage up to 18 different targets.