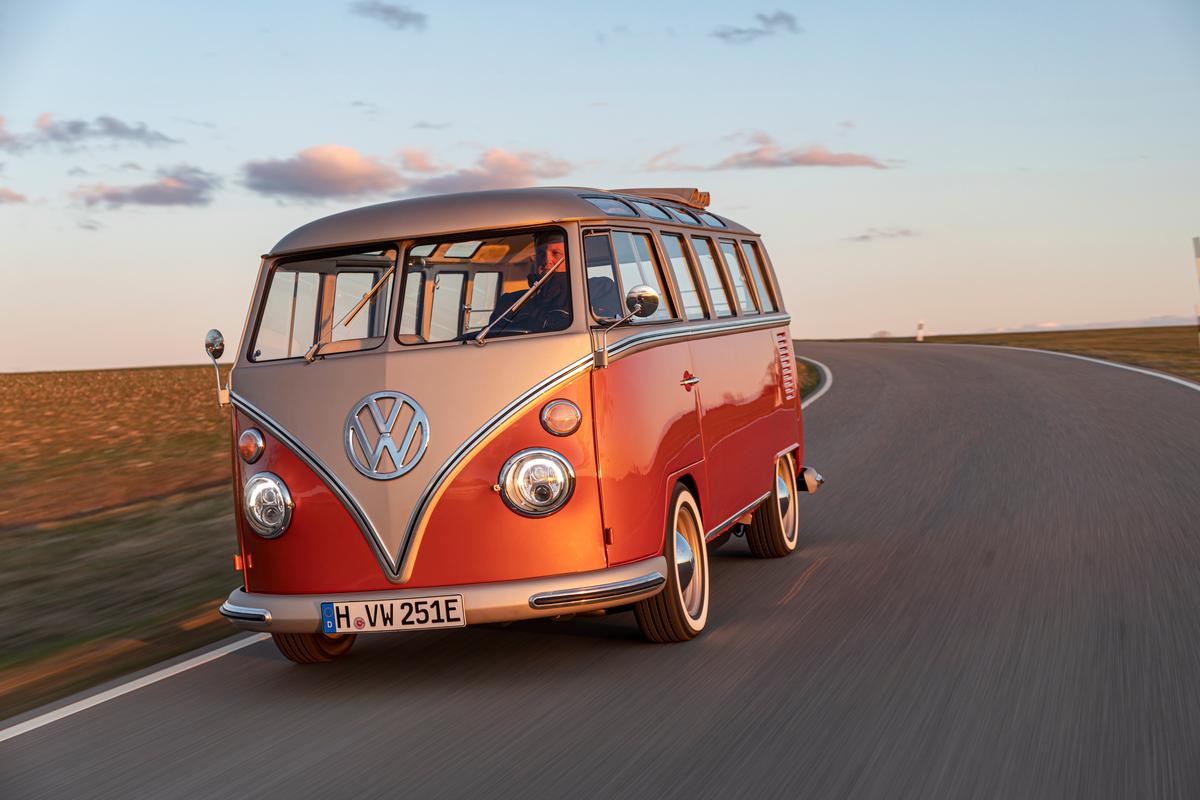 This is a 1966-model Volkswagen T1 Samba Bus. It has spent more than half a century on the roads of California, meaning it’s probably got wild and woolly stories to tell about Woodstock and the Summer of Love, and unspeakable things have surely taken place in its roomy interior. Lives have likely begun in this humble little people mover, and now it’s getting a second life of its own.

Volkswagen has pulled out its 4-cylinder boxer engine, which was good for a very relaxed 43 horsepower when absolutely thrashed, and replaced it with a much more sprightly electric drive system that can silently and effortlessly output 82 horses and 212 Nm (156 lb-ft). This raises the T1’s top speed from 105 km/h (65 mph) to a more freeway-friendly 130 km/h (81 mph), electronically limited. The battery is a 45 kWh pack good for around 200 km (124 miles) between charges.

Minimal changes have been made in the cabin; it’s still got its mildly scary-looking schoolbus steering wheel and the interior has all been re-covered in lurid orange and white leather to conceal the sins of the past. There are a few new buttons, a simple battery charge level meter cut into the old-school speedo, and the gearstick has been replaced with an electric drive selector.