Construction of the world’s longest – and deepest – railway tunnel, in Switzerland, is complete.

The NEAT Gotthard Base Tunnel, when it opens to the public on June 1 2016, will transport passengers from Zurich to Milan in two hours and 50 minutes, shaving almost an hour off the current travel time.

Measuring 35 miles, it surpasses Japan’s 14.5-mile Seikan Tunnel, which connects the main island of Honshu with the northern island of Hokkaido. 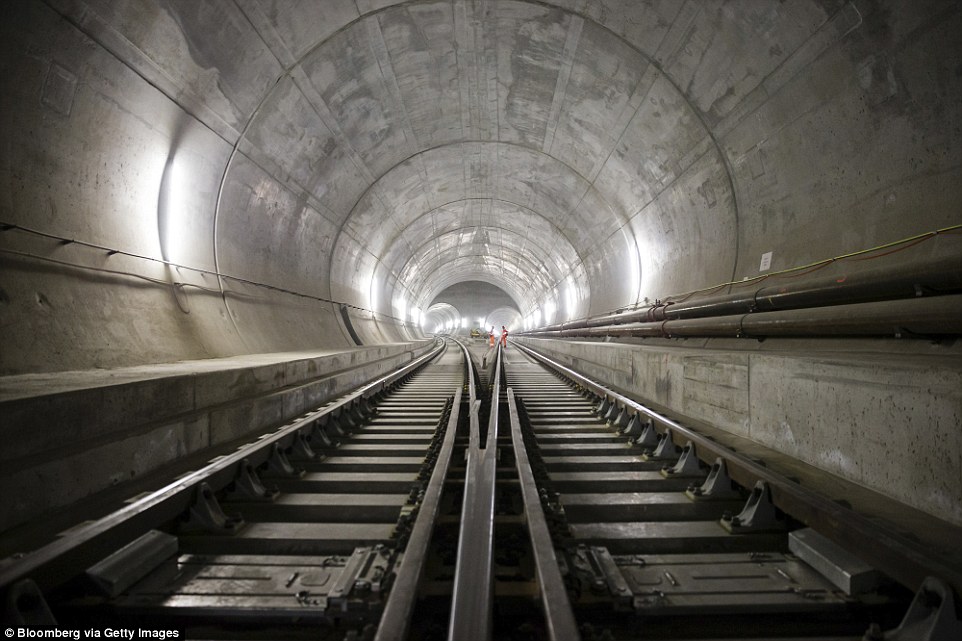 Construction of the 35-mile tunnel, which is burrowed 8,000 beneath the Swiss alps begain in 1996 and is now almost complete

Over 2,000 workers were drafted in to excavate more than two million truck loads of earth from as deep as 8,000 below the surface of the earth.

Due to the rugged terrain of the alps, connecting important cities, such as Milan and Zurich is no mean feat, but thanks to the tunnel being almost completely flat along its whole length, trains will soon be able to travel at more than 150 miles per hour.

Excavation involved enormous tunnel boring machines cutting through almost 100 feet of rock every day. It was a dangerous process, and tragically eight workers died during construction. 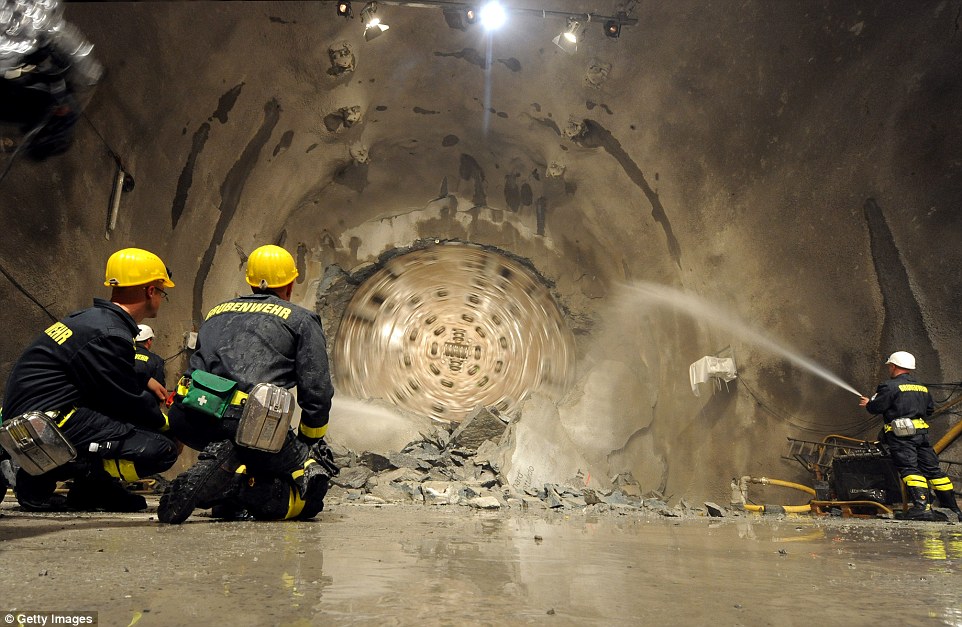 Measuring 35 miles, it surpasses Japan’s 14.5-mile Seikan Tunnel, which connects the main island of Honshu with the island of Hokkaido

Geneva newspaper, TDG, reports that the first safety tests will take place in October. All scenarios will be considered and tested, said Marco Hirzel of Alptransit Gotthard at a press conference on August 24.

‘After opening the tunnel, it will be the safest stretch of the Swiss railway network,’ Renzo Simoni, CEO of AlpTransit Gotthard, told the newspaper.

In January, 1,000 people will be selected to take the maiden voyage. 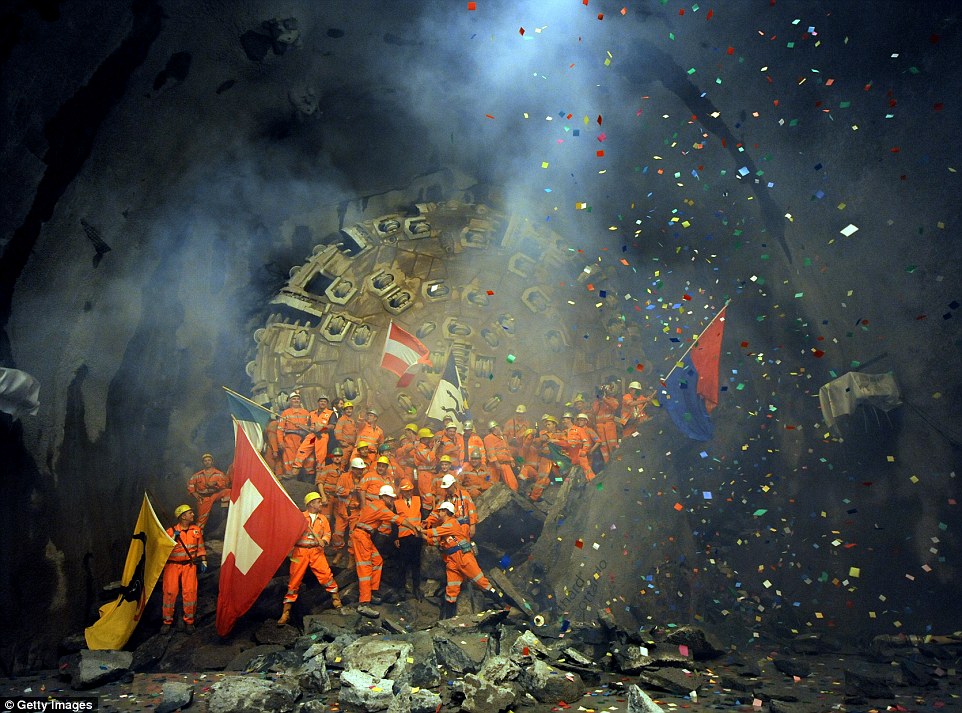 When it opens to the public in June 1 2016, it will transport passengers from Zurich to Milan in two hours and fifty minutes