Russia is about to start tapping into a huge source of diamonds that could supply the world market for the next 3,000 years.

Scientists estimate there are ‘trillions of carats’ lying beneath a 35million-year-old asteroid crater in Siberia – more than ten times the global stockpile.

The Kremlin has known about the reserves under the 62-mile-wide impact zone since the 1970s.

But it has kept it a secret until now because it was already reaping big profits in what back then was a heavily controlled market. 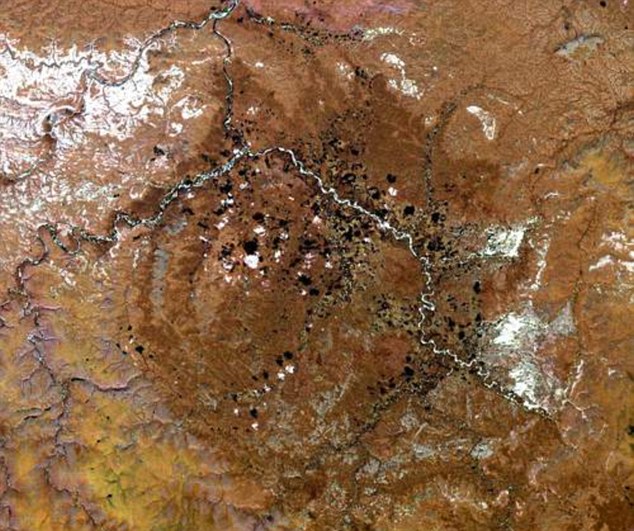 Hidden treasures: A aerial view of the 35-mile-wide Popigai Astroblem crater which contains enough diamonds to supply global markets for the next 3,000 years 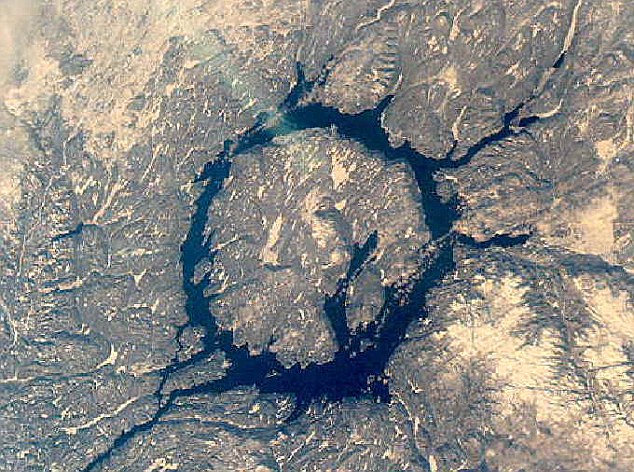 In the money: The crater, in eastern Siberia, has been known about since the 1970s, but the Kremlin kept it a secret to exploit its already rich reserves of the precious stone

The Soviets had also been producing various artificial diamonds for industry which proved a lucrative enterprise.

Government officials finally gave scientists from the nearby Novosibirsk Institute of Geology and Mineralogy permission to lift the lid on the crater’s hidden gems in a meeting with journalists over the weekend.

The official news agency, ITAR-Tass, said the diamonds at the site, known as Popigai Astroblem, are ‘twice as hard’ as the usual gemstones, making them ideal for industrial and scientific uses.

According to The Christian Science Monitor, the institute’s director, Nikolai Pokhilenko, told the agency that the new source would cause a radical shake-up in the precious stones market. 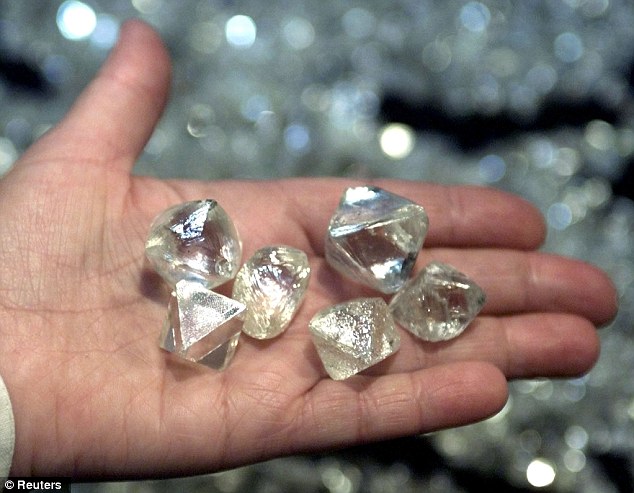 Lucrative industry: These diamonds, weighing over 50 carats each, were found in Russia’s Yakutia mine, which has been rich resource for the country, but nothing compared to the new one

The resources of super-hard diamonds contained in rocks of the Popigai crypto-explosion structure are by a factor of ten bigger than the world’s all known reserves,’ he said.

‘We are speaking about trillions of carats. By comparison, present-day known reserves in Yakutia (a Russian mine) are estimated at one billion carats.’

The stones at Popigai are known as ‘impact diamonds’ which result when an object like a meteor strikes an existing diamond deposit.

They are also unique, which will make them even more sought-after in high-precision scientific and industrial markets.

Pokhilenko said: ‘The value of impact diamonds is added by their unusual abrasive features and large grain size.

‘This expands significantly the scope of their industrial use and makes them more valuable for industrial purposes.’

Diamond production was booming in Russia in 2007 when output reached $1.35billion, 98 per cent of which was exported to Belgium, Israel, Southeast Asia and the USA.

But the bottom fell out in 2009 when polished diamond production fell to an unprecedented low of US$350 million during the economic crisis.

With world markets starting to show signs of resilience, this may explain why Russia has chosen now to reveal its hidden treasure.