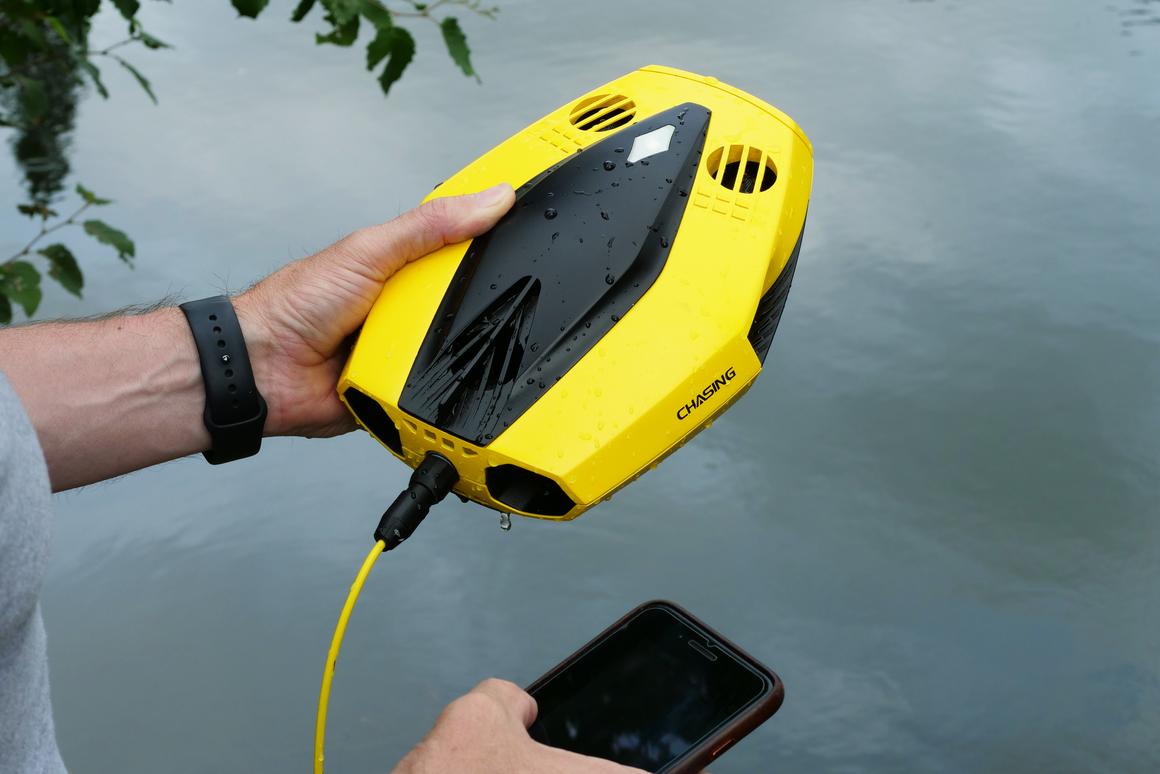 The Dory underwater drone is presently on Kickstarter
Chasing Innovation

When consumer aerial camera-drones first hit the market, buyers were mostly limited to models costing $1,000 or more. These days, half-decent quadcopters can be had for under a hundred bucks. While not going quite that cheap, Chasing Innovation is now aiming to make underwater drones similarly more affordable, with the Dory.

First of all, here are the basic specs …

Users control the Dory (and view its camera output in real time) via an iOS/Android app. That app in turn wirelessly communicates over a distance of 49 ft with a Wi-Fi buoy, which is towed along on the surface above the drone – the Dory is tethered to that buoy by an electrical cable.