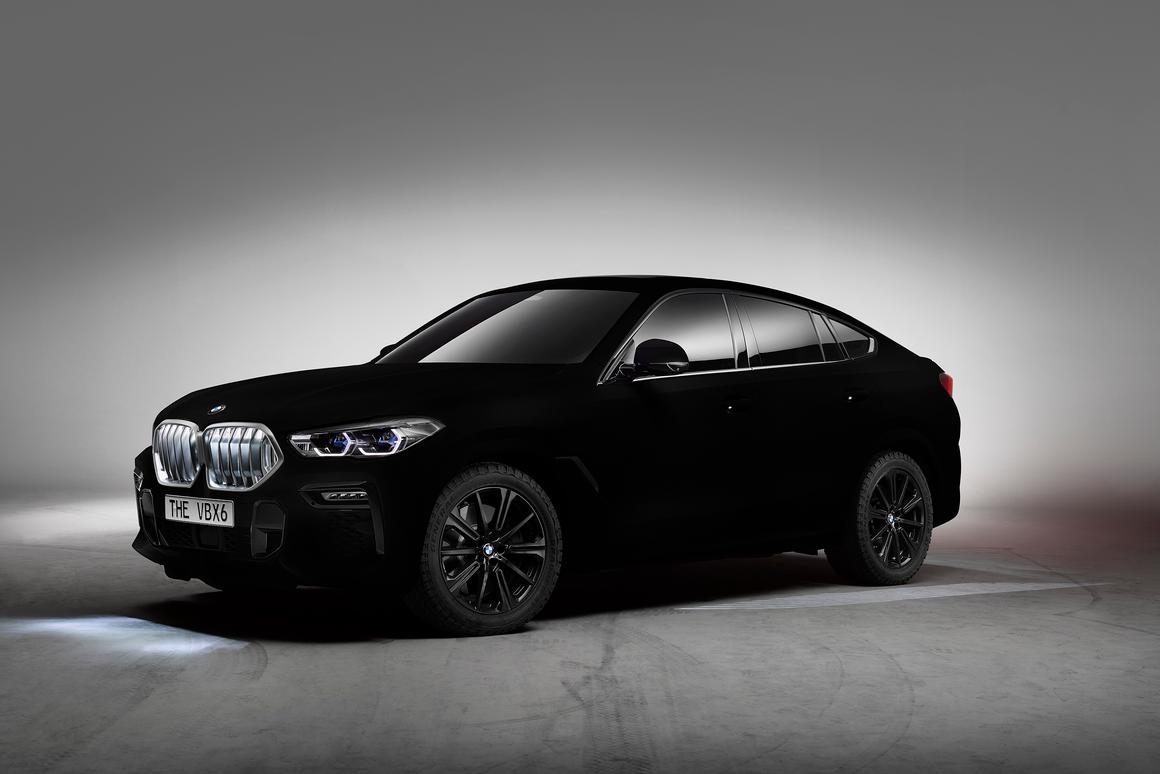 The world’s first Vantablack car is a BMW X6

Vantablack, first announced in 2014, is a rare real-life special effect, a coating so black that it sucks in almost every photon that hits it. It makes any three-dimensional object basically look like a hole has been cut in the universe. Painted in this array of infintessimally small carbon nanotubes, everything loses its appearance of shape, because there’s no light or shade to define it. It’s incredibly unnerving to look at, and since the moment it was first announced, people have been saying “for the love of all that’s holy, put this stuff on a car, it would be the sickest thing in history.”

Until this day, there has been no black black enough for some car owners, whose murdered-out rides are either glossy and highly reflective, or matt and kind of grey to look at. But BMW’s new X6 show car is unlikely to be accused of looking too cheerful as it stalks down the street. It’s the first vehicle in history to get a Vantablack paint job.

That’s not for want of asking – Surrey Nanosystems, the company behind this bizarre coating, says it’s been fighting off enquiries from car manufacturers since day dot, but according to Surrey CTO Ben Jensen, “it took the BMW X6 and its unique, expressive design for us to entertain the idea.”

You’ll forgive us for raising an eyebrow at this notion. The half-coupe, half-SUV BMW X6 is decent enough to look at, but we doubt it’s going to fill out anyone’s top 10 car designs list. It’s also by no means hideous enough to make anyone’s top 10 “cars that are so ugly you wish they were turned into gaps in reality” list.