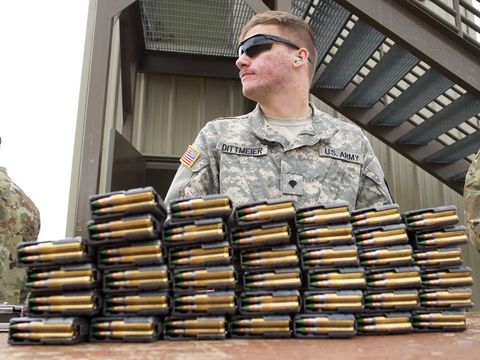 The U.S. Army is finally poised to field a new bullet designed to penetrate body armor at greater ranges. The new round is part of an overall shift towards big power warfare, where combat against adversaries such as the Chinese or Russian armies could lead to soldiers squaring off with enemies fielding the latest body armor. The new 6.8 millimeter round will arm the new Next Generation Squad Weapons, the upcoming replacements for the M4A1 carbine and M249 squad automatic weapon.

In 1965 the U.S. Army began purchasing M16 rifles. The M16 was lighter than existing rifles and used a lighter 5.56-millimeter (.223 inch) caliber bullet. Although the new bullet was smaller it had less recoil, making it more controllable during full automatic fire. It was also lighter, enabling soldiers to carry more bullets per pound than the older 7.62-millimeter round.