A stunning medical breakthrough has seen human kidney tissue capable of producing urine grown in the lab, in a world first.

Experts used stem cells to create mini-kidneys that were implanted into mice, with tests revealing they were able to filter and excrete waste.

The research will allow medical researchers to model kidney diseases using the new structures, advancing our understanding of a number of conditions.

It is also a key step in creating working kidneys for transplant, grown from a patient’s own tissue, a more realistic possibility in the future. 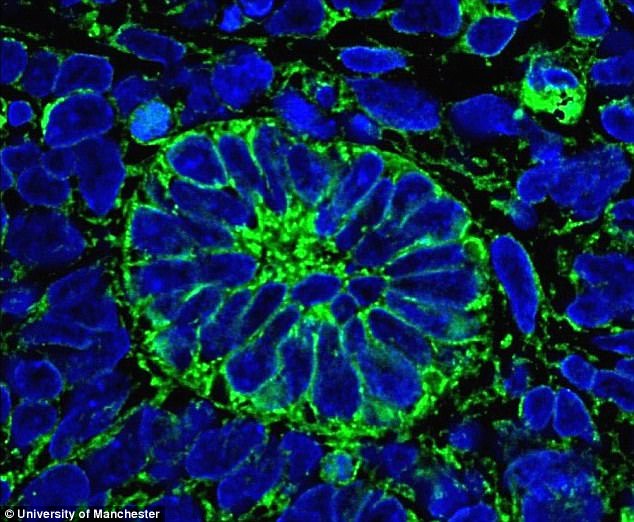 A stunning medical breakthrough has seen human kidney tissue capable of producing urine grown in the lab. This image shows a nephron, the microscopic structural and functional unit of the kidney

The study, led by Professors Sue Kimber and Adrian Woolf from The University of Manchester, signifies a significant milestone in the development of treatment for kidney disease.

These were filled with a nutrient broth known as culture medium, which contain molecules to promote kidney development.

They were combined with a gel like substance, which acted as natural connective tissue, and then injected as a tiny clump under the skin of mice.

After three months, an examination of the tissue revealed that nephrons, the microscopic structural and functional units of the kidney, had formed.