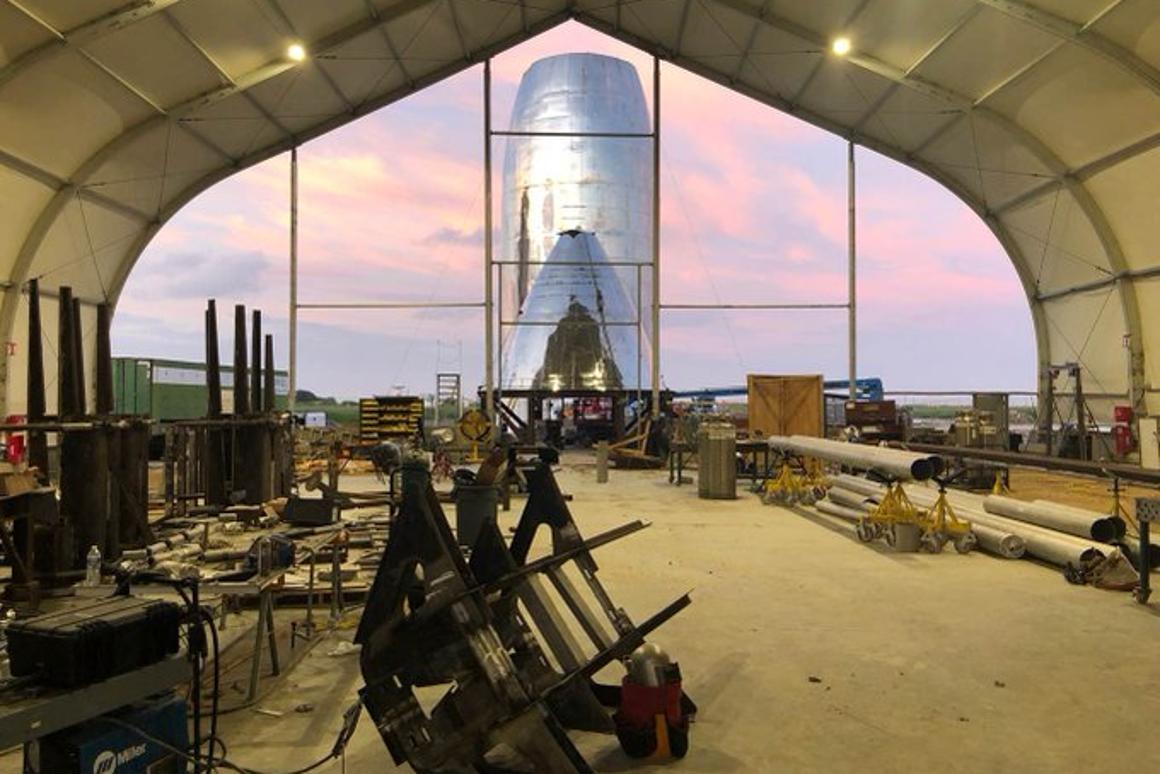 SpaceX’s Starship prototype under construction, with a landing leg frame in the foreground
Elon Musk (Twitter)

Innovate or die. It’s a term often thrown about in tech circles as a not-so-subtle reminder of how resting on one’s laurels can be bad business practice, and it’s an ethos that SpaceX certainly seems to be guided by. Just a few weeks after its Starhopper prototype completed its final test flight, the team is busy pulling the pieces together for a bigger and higher-flying version, which it could send into orbit within the next couple of months.

When SpaceX first launched its Falcon Heavy rocket early last year, it entered service as the world’s most powerful rocket. Eighteen months have barely passed and Elon Musk’s rocket company is already hard at work on the Falcon Heavy’s successor, which it is designing to carry dozens of people and cargo into deep space, including a potential mission to colonize Mars.

The Starhopper prototype that was flown twice successfully as part of sub-orbital test flights, to demonstrate the launch and landing chops of the spacecraft, has now been retired. The next prototype to take flight will be the Starship Mk1, which SpaceX engineers have been pulling together at the company’s test facility in South Texas, as seen in images Musk shared on Twitter.