Vietnamese military experts are probing three metal objects which are believed to have fallen from space near the country’s northern border with China.

The the three objects were spread over a large area in the Tuyen Quang province according to local media reports.

The largest of the objects which weighed 45 kilograms, was found in a stream. 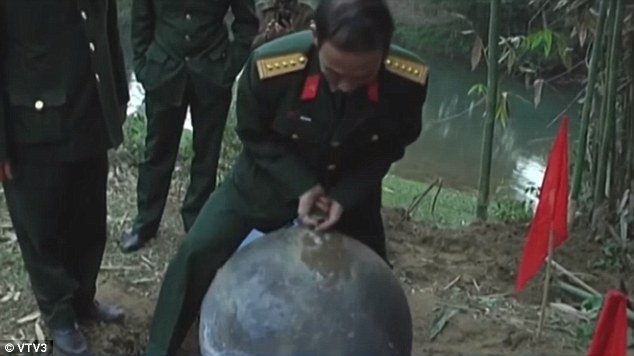 Members of the Vietnamese military have inspected the mysterious ‘space balls’ pictured,  which fell to earth 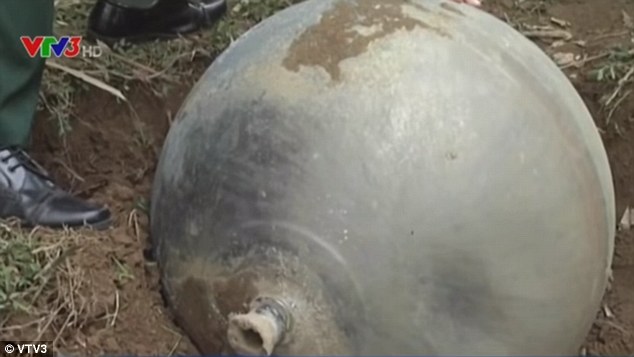 The objects, which weighed up to 45kg are believed to be part of the fuel system of a satellite

Locals claimed they could hear ‘thunder’ in the minutes before the items were recovered.

One of the orbs, which weighed 6kg, narrowly missed a house, landing in the garden of a house in the Yen Bai region, while the smallest, weighing only 250 grams, landed on a roof before rolling onto the ground.