Would be astronauts looking to book the trip  of a lifetime are being offered the chance to float into space in a high tech  balloon.

During the flight, passengers will be able to  stand up and enjoy fantastic panoramic views of Earth, experience weightlessness  and even eat a meal if they desire.

Scroll down  for video… 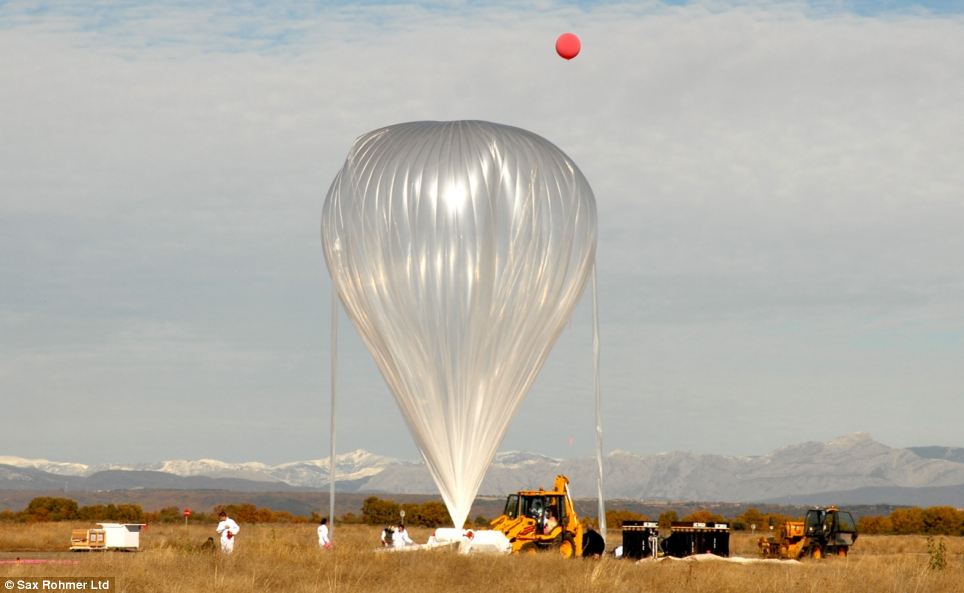 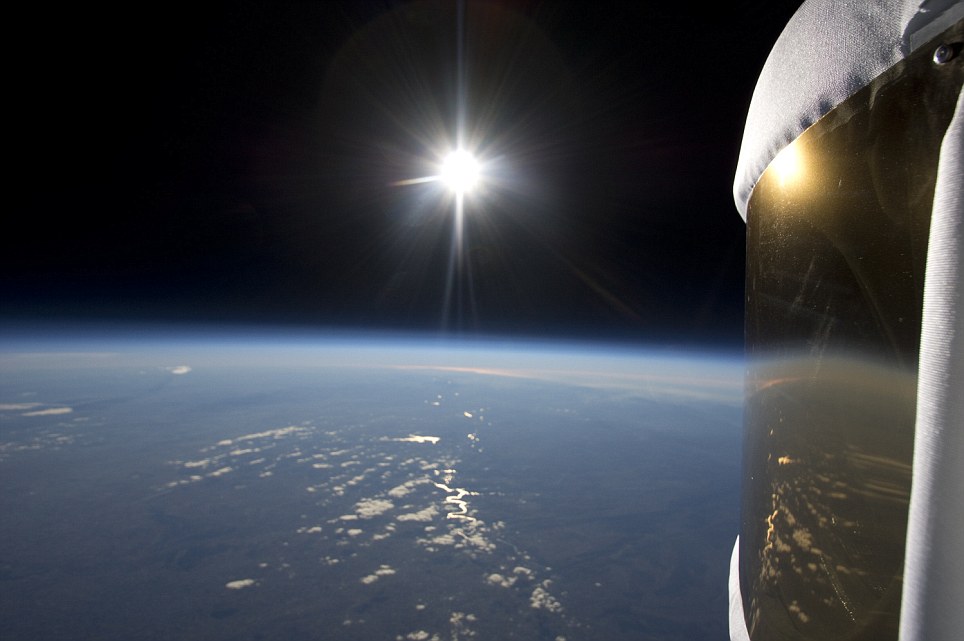 During the flight passengers will be able to stand up in  their pod (pictured) and enjoy fantastic panoramic views of Earth, while also  being served a meal

The ëblooní is the brainchild of Spanish  entrepreneur Jose Mariano Lopez-Urdiales, boss of Barcelona-based  Zero2Infinity.

Space tourists will journey to earth’s outer  limits in a capsule that can hold six people – four passenger and two  pilots.

Annelie Schoenmaker of Zero2Infinity, said:  ‘The ride will be very gentle and  peaceful as well as environmentally friendly.

‘Passengers will be able to see the sun and  the stars at the same time, while looking down on the curvature of the  earth.’

The passenger pod is carried into near-space by a high  tech balloon and then separates after cruising above the earth for two hours. It  is carried back to Earth by a para-foil when passengers will briefly experience  zero gravity

Russian adventurer Artemy  Lebedev who is one of the few people on the planet to have visited every  country, has already signed up for a trip to near-space.

Commercial operations will begin in 2015 but  a trip for four people will cost around £95,000.

Ms Schoenmaker said: ‘The  experience will be very much like  that in an aeroplane although there will be a  period of about 30 seconds when passengers will experience weightlessness and  will be able to  float around the cabin.

‘Everything is customised to the person’s  individual requirements. We can partition off part of the cabin for  those who  want more privacy and we can even serve them Michelin star  meals if that’s what  they want.’ 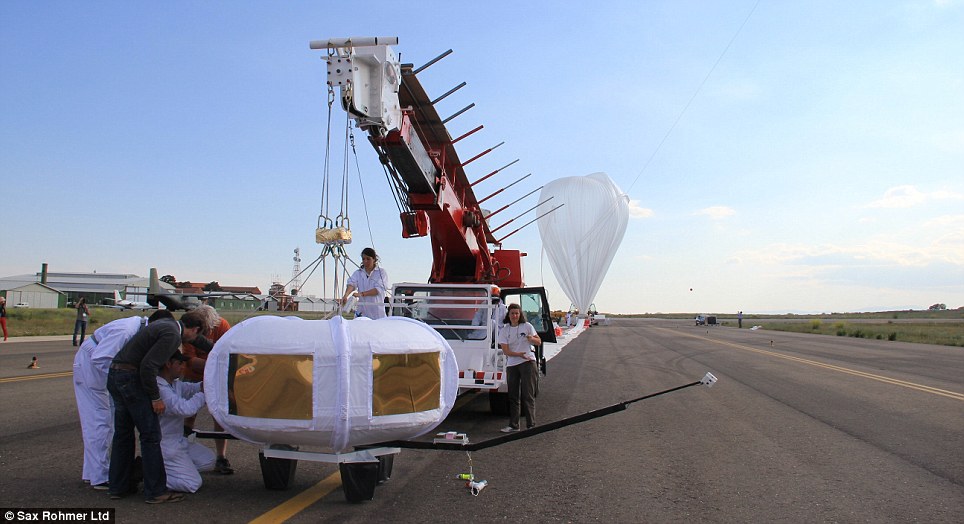 The pod is large enough to carry six passengers – four  space tourists and two pilots. The company’s ‘Bloons’ are usually used to  conduct science experiments in near space

While it currently offers trips for  scientific researchers as well as equipment in its ‘Bloon’ pods, it is targeting  couples and families with this new venture.

Zero2Infinity’s largest pod, which carries  six people, has 15 square metres of windows for amazing views of the Earth and  space.

The company is currently doing test flights  and raising more investment for its new venture.

JOURNEY OF THE BLOON TO THE  EDGE OF SPACE 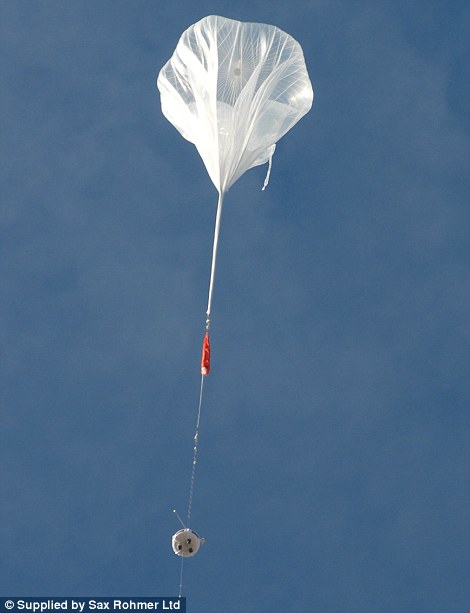 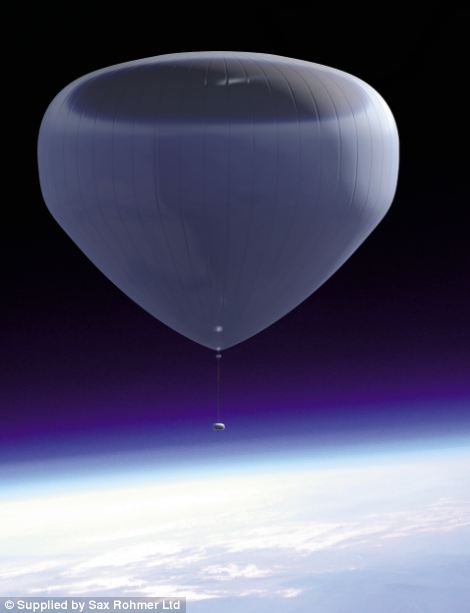 A Bloon begins its ascent from the Earth’s surface  (above) to an altitude of 36 kilometers.  They then fly for around  two hours at a  height that is twice that of Concorde’s cruising  altitude 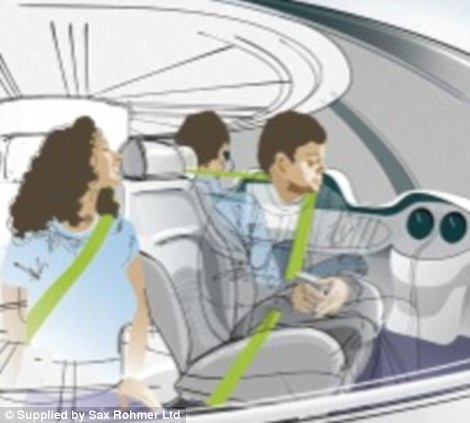 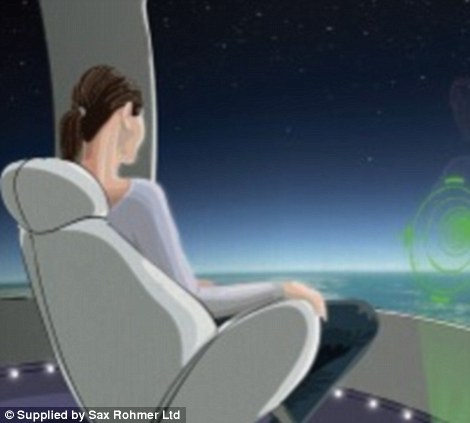 The company usually takes researchers and  scientific experiments into near-space.

The collaboration aims to advance in the  development of robotics by offering a real platform to test university’s  research in robotic intelligence.