After taking to the air in April on what was billed Japan’s first manned multirotor test flight, Tokyo-based SkyDrive has now revealed that its new slicker SD-03 model made its first public demonstration flight earlier this week.

The single-seat SD-03 electric vertical take-off and landing vehicle measures two meters high, four meters in length and four meters wide (6.56 x 13.1 x 13.1 ft), or about the footprint of two parked cars. It features a sporty exterior in pearl white, with funky H-shaped white lights to the front and a red T-shaped light to the rear.

There are two sets of counter-rotating rotors to the front and two more sets at the rear, which can be shielded behind curved protectors for safety. Each rotor is driven by its own electric motor as a failsafe against unit failure. 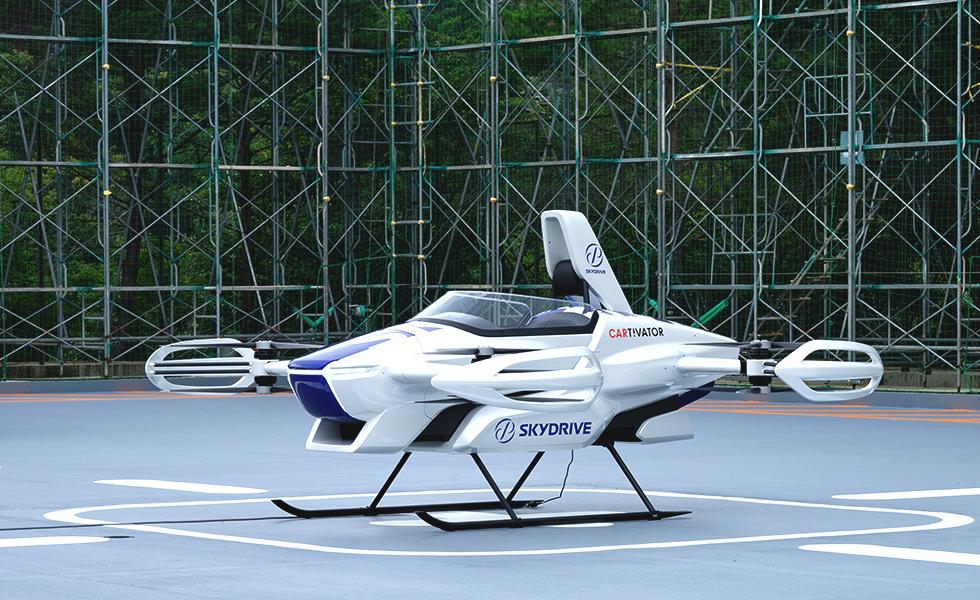