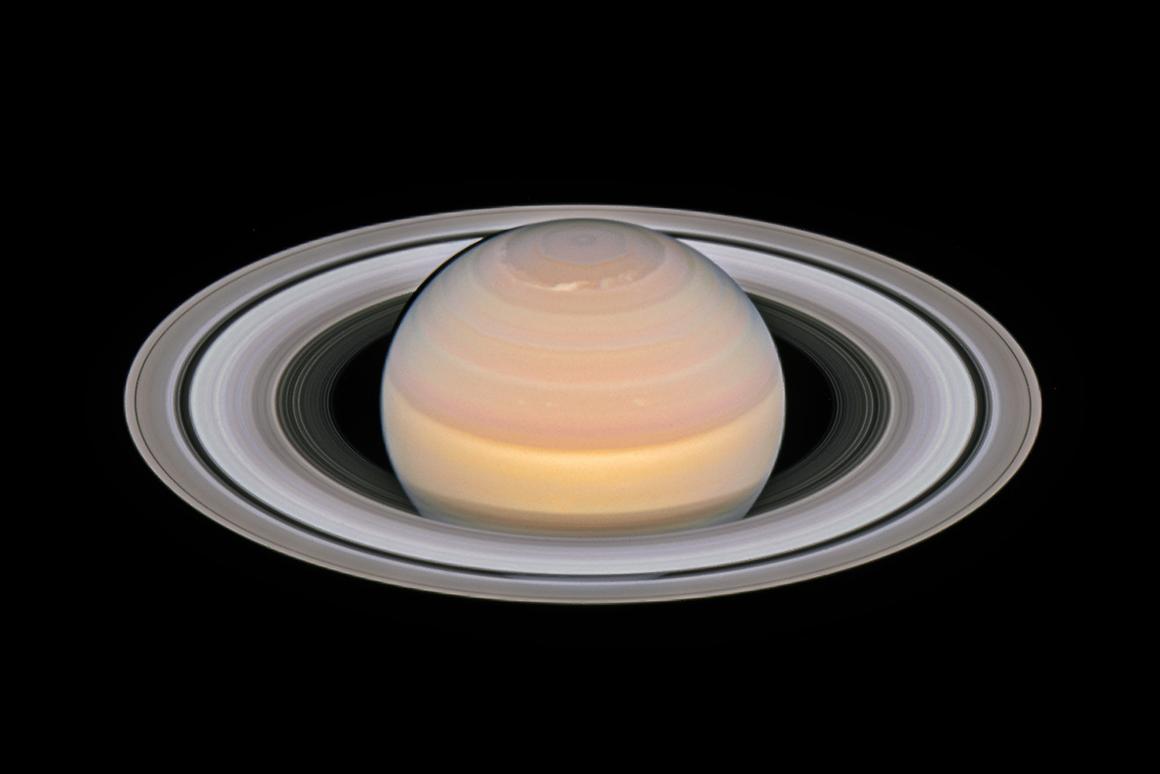 Saturn as captured by the Hubble Space Telescope
NASA, ESA, A. Simon (GSFC) and the OPAL Team, and J. DePasquale (STScI)

Jupiter has long held the honor of the planet in the solar system with the most moons – or at least, that’s what we thought. Now its smaller sibling Saturn has stolen the crown, as astronomers have discovered no less than 20 new moons around the ringed planet. That brings its total to 82, three more than Jupiter.

The new moons were discovered by a team of scientists from Carnegie Science, University of California Los Angeles (UCLA) and the University of Hawaii, using the Subaru Telescope on Hawaii. The announcement was officially made by the International Astronomical Union’s Minor Planet Center.

All of these moons are around 5 km (3 mi) wide, and one of them is the most distant moon circling Saturn. Like most of Saturn’s moons, 17 of the 20 newly discovered rocks orbit in a retrograde direction, meaning they move in the opposite direction to the spin of the planet. The three remaining moons move with the planet, in a prograde direction.

Two of the prograde moons are relatively close to the planet, completing an elliptical orbit every two Earth years or so, while the rest of the pack are further out, taking over three years. They all seem to fit fairly neatly into the groups of previously-known Saturnian moons, which could give some clues as to their origins.