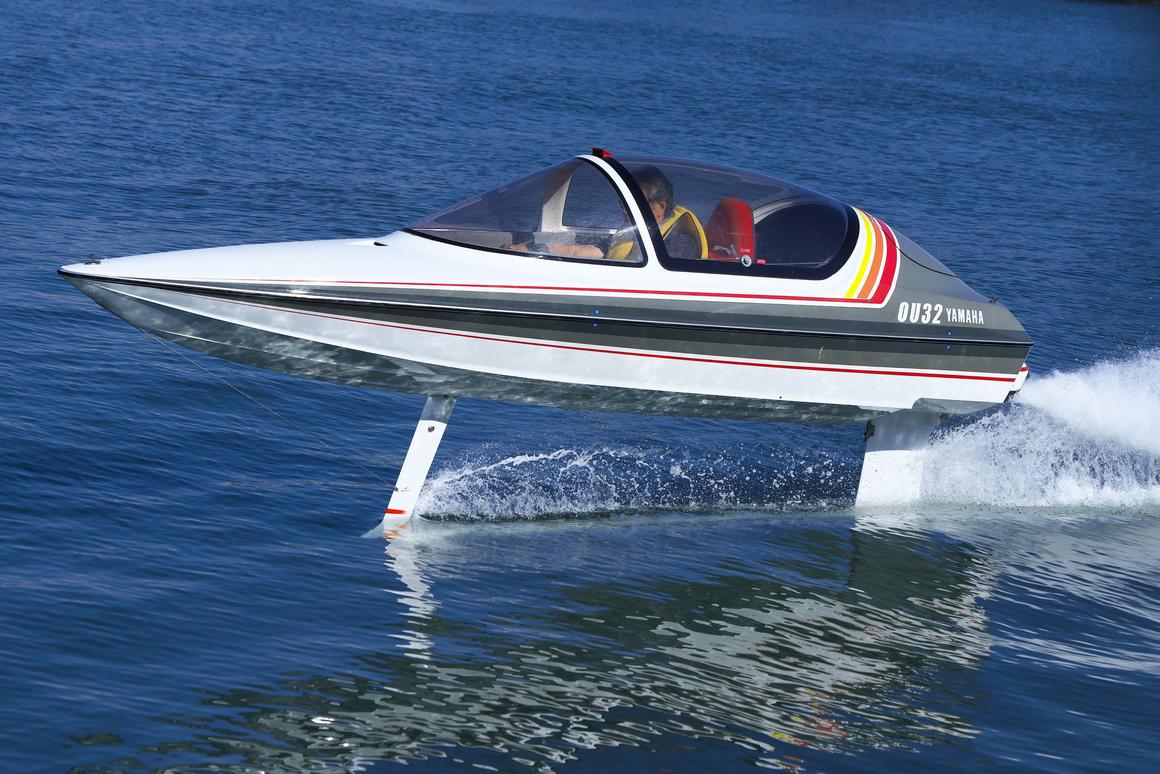 When a team of Yamaha engineers found this 1988 hydrofoil prototype in the back of a warehouse, they couldn’t resist restoring it and taking it for a spin
Yamaha

Hydrofoiling boats are by no means new. The first hydrofoil-related patent dates all the way back to 1898, and there are numerous photos of hydrofoiling boats zipping along from the early 1900s. But their eye-popping ability to rise up out of the water and glide along with minimal drag never fails to catch the eye and spark the imagination, and it’s hard to watch one in action without wondering what it feels like to drive.

That’s exactly what happened recently when a team of Yamaha staff went to clear out an old factory and came across the OU-32, a prototype hydrofoil measuring 4.8 m (15.7 ft) in length built as a “dreamboat” display for the 1988 Tokyo International Boat Show. “We came across the thing when we were cleaning and cataloging a factory warehouse,” said an unnamed veteran Yamaha test engineer, “and the discovery really made us want to try repairing it and then take it for a ride.”

The team sold their management on the idea of restoring the OU-32 as a research platform for exploring ways to reduce fuel consumption and increase passenger comfort in watercraft. “But to be honest,” says one of the team, “we came up with all that afterwards! When we actually saw the craft in the warehouse, we all really wanted to try riding it and also wanted the younger boat engineers to try riding it as well. That was our real motive!”