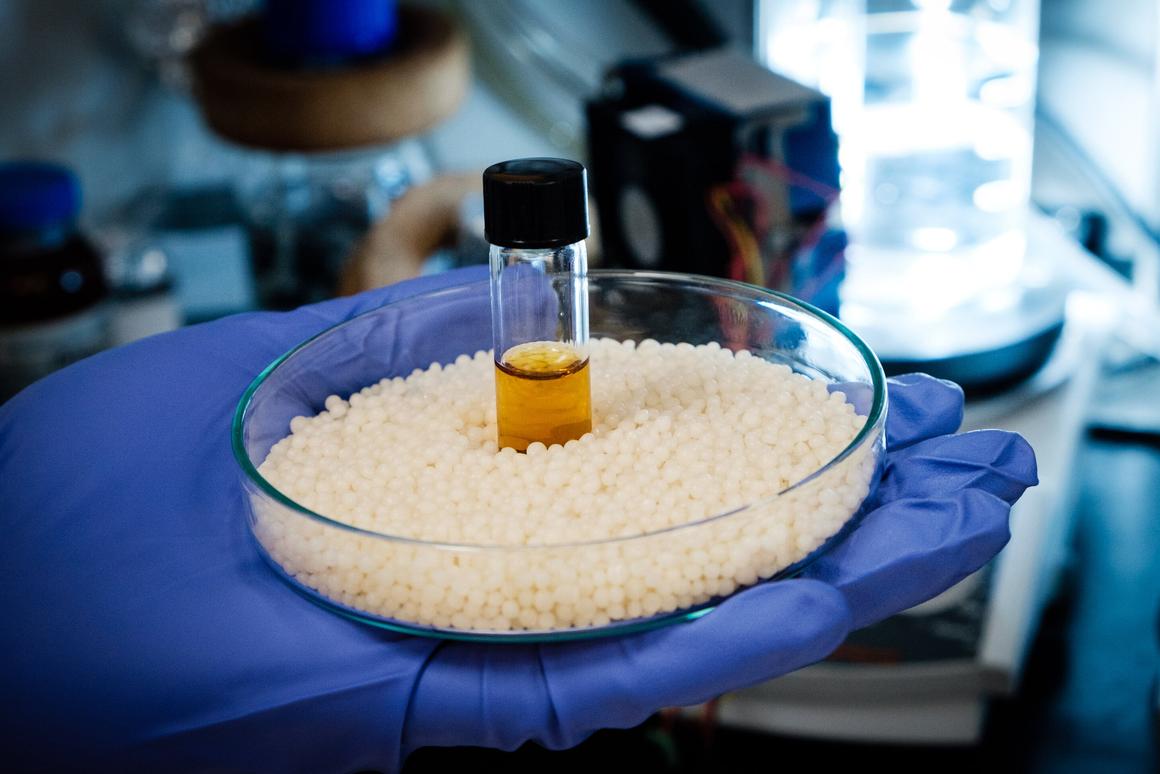 The key to the breakthrough was the introduction of a new kind of photocatalyst, which is a material that harnesses light energy to power chemical reactions. In search of new ways to convert plastic waste into useful chemicals, the NTU team turned to a type of affordable, biocompatible metal called vanadium. This commonly forms part of the steel and aluminum alloys used in cars and aircraft, but the scientists found it might play a role in plastics recycling, too.

By adding the vanadium-based catalyst to a solution containing consumer plastics, heating it to 85° C (185° F) and then exposing it all to artificial sunlight, the team was able to break down key bonds within the plastic in the space of six days. Breaking apart these carbon-carbon bonds typically involves high temperatures, which is energy-intensive, but by harnessing sunlight instead the scientists may have found a greener way forward.