Mad at university for not addressing ‘hate’ online

Student government officials who threatened to impeach one of their leaders for using the phrase “illegal aliens” have backed off, citing fears for their “safety and wellbeing.”

They are also afraid of being sued for First Amendment violations.

Senators lashed out at Emporia State University administrators Wednesday night for not responding to the “hate” directed at them for the impeachment threat, according to The Bulletin student newspaper.

President Michael Webb and Vice President Michaela Todd blamed the cancellation on “serious concerns for the safety and well-being of the campus and community,” without specifying threats.

The Diversity and Inclusion Committee cited the same concerns when it rescinded its impeachment threat.

“[W]e did not intend to make Vice President Todd feel isolated in her community” by telling her to resign or face impeachment, it tweeted Wednesday morning, though the statement was dated Tuesday. 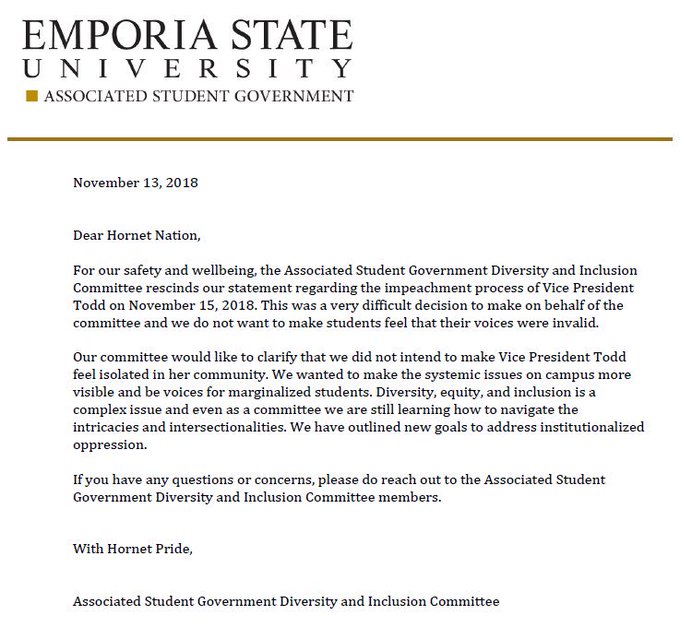 Todd had shared the platform of Kansas Republican gubernatorial candidate Kris Kobach on her Facebook page, which includes withholding welfare from “illegal aliens.”