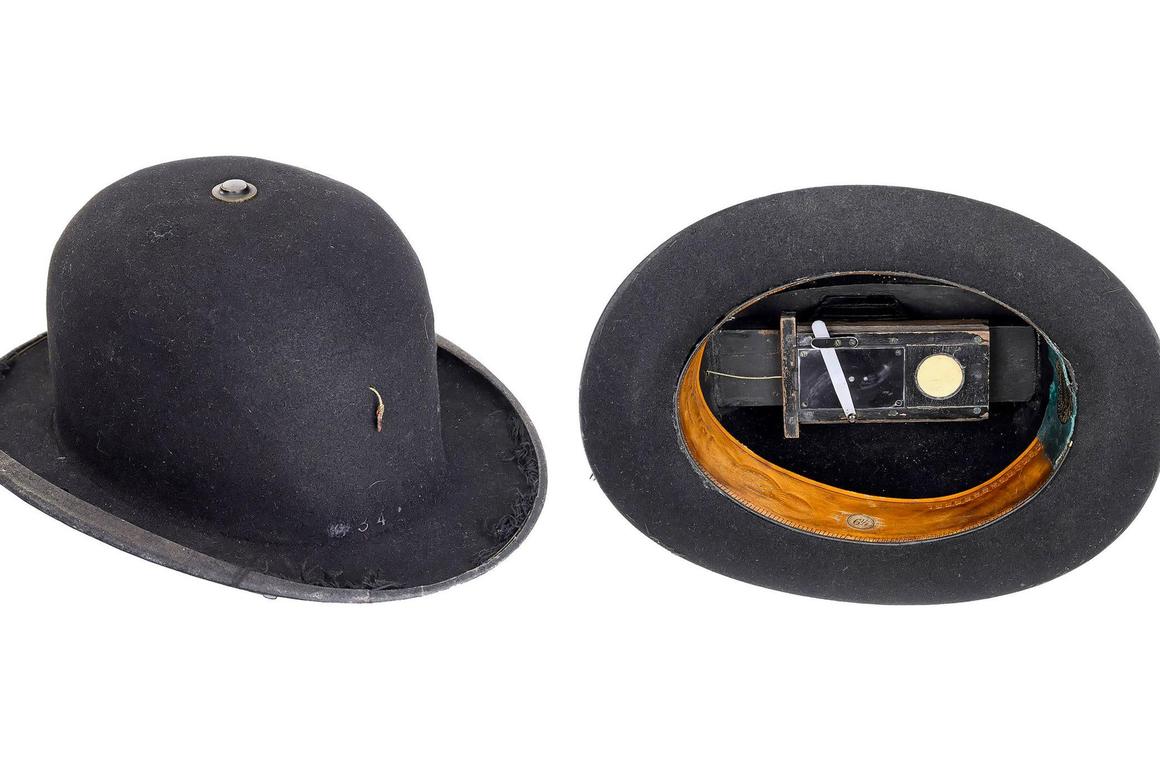 The spy gear of the past may look cumbersome and even cartoon-like compared to the audiovisual tech we have at our disposal today, but back in its time, it was the bees knees of cutting edge skullduggery and one of the great drivers of technological innovation.

In fact, the field of miniaturization owes a lot to the spy game, and several of these technical marvels are soon to be auctioned along with a number of rare and important items of photographic and film history at the Photographica & Film sale, to be held by Auction Team Breker in Cologne, Germany on September 21.

Among the sneaky gems are two bag-based spy cameras from Russia and East Germany, one each for the lady and gentleman spy. Perhaps the most impressive thing about these devices is the steely calm one would need to employ while using them, as the only thing spy-ish seems to be the hole in the side of the bag. The camera itself seems to have missed the miniaturization meeting, because in each case, it seems to take up most of the interior. As such, it’s hard to see how either of these would make it past security at your local football game, let alone fool the savvy goons at the consulate gala dinner, so one can only assume that perhaps these cameras were meant to be used at a distance. Or that spies were caught – often.