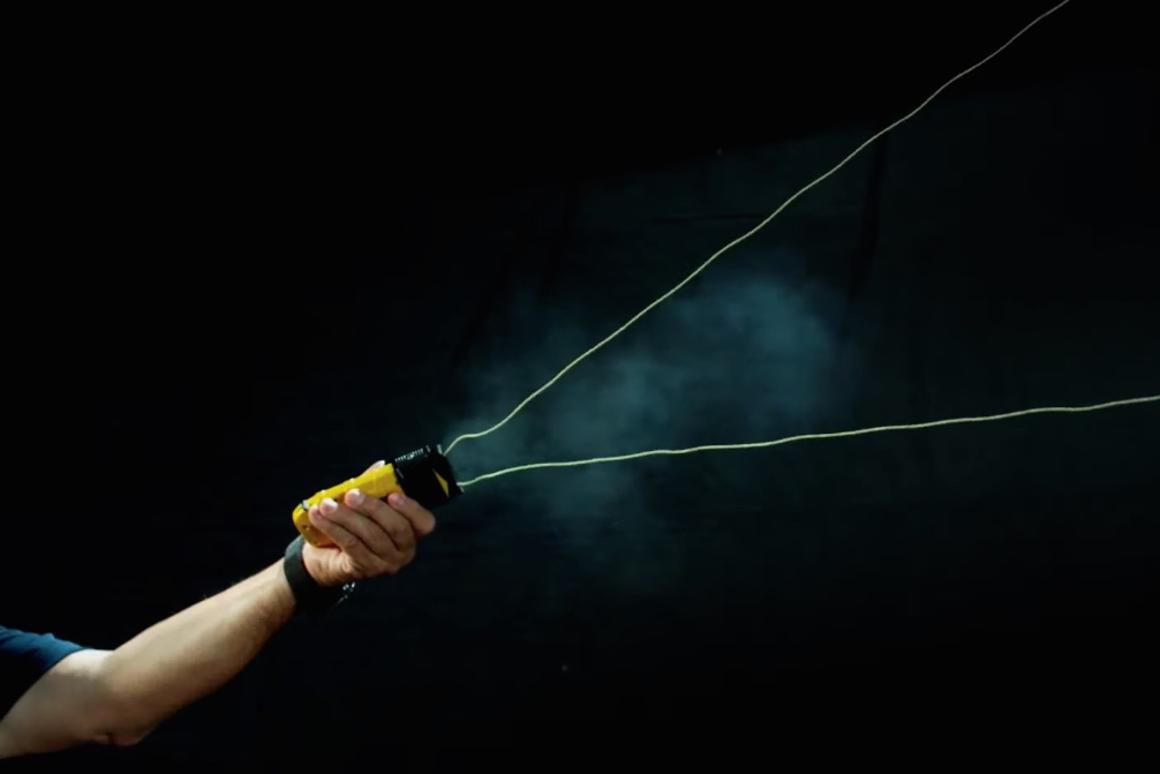 The BolaWrap 100 can shoot a body-wrapping Kevlar tether up to 25 feet (7.6 m)
Wrap Technologies

Although Tasers are an effective alternative to the use of lethal force by police officers, getting shot by one is still quite a painful and potentially harmful experience. That’s where the BolaWrap 100 comes in – when fired at a “difficult” suspect, it simply ties them up.

Made by Arizona-based Wrap Technologies, the BolaWrap is a battery-powered electric razor-sized device, which single-use recyclable cartridges are loaded into the end of. Each cartridge contains a propellant in the form of a .38-caliber partial charge blank, along with an 8-ft (2.4-m) Kevlar-cord tether that has grappling hook-like metal barbs at either end.

When a suspect is fleeing from an officer, advancing on them, or otherwise exhibiting dangerous behaviour, that officer aims the BolaWrap at the person’s arms or legs – they’re assisted in that process by an integrated green laser.