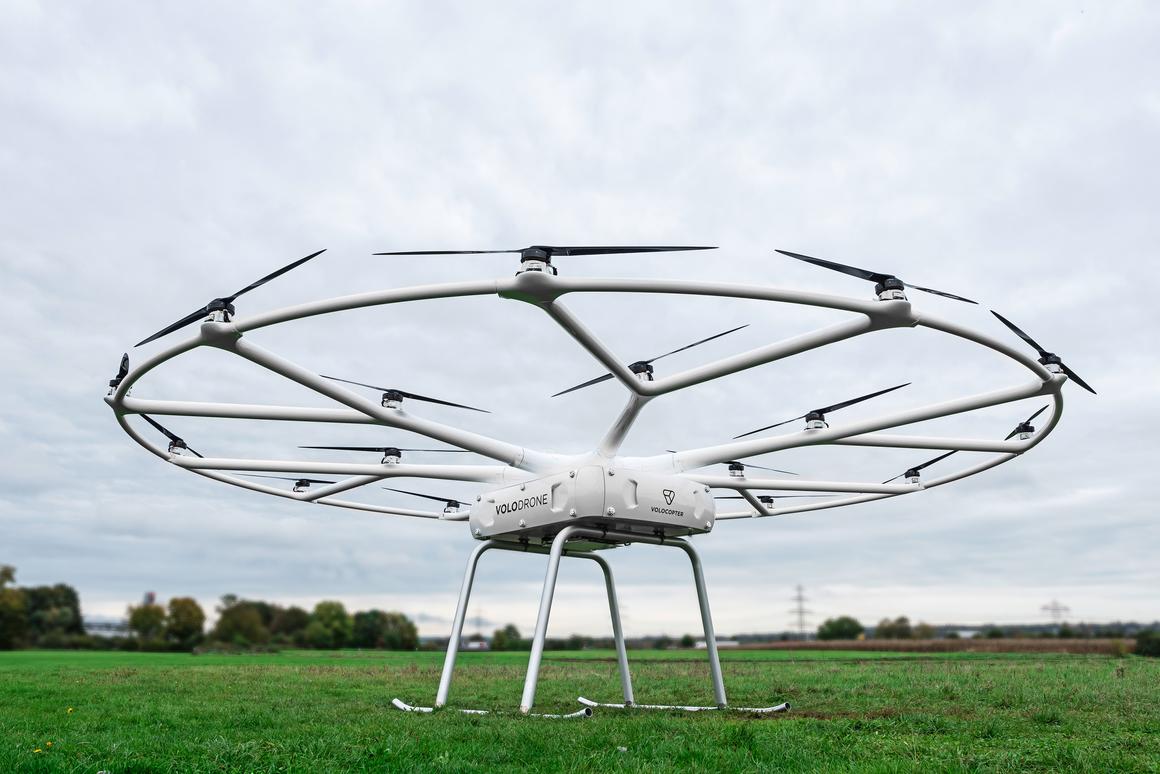 In all, the Volodrone has a total payload capacity of 440 lb (200 kg)
Volocopter

Volocopter has spent years developing aircraft to hoist people up and over congested cities, and now it is leveraging its technology to do the same for heavy cargo. Announced today, the Volodrone is cut from the same cloth as the company’s electric passenger aircraft, but sports an attachment system underneath to carry heavy loads of all shapes and sizes.

Just like the Volocopter, the Volodrone is fitted with 18 rotors and is entirely electric. But instead of featuring a cabin with seating for two passengers, the airframe is built around a body to house the swappable lithium-battery and other electronics, with a rail attachment system that allows different kinds of payloads to be hooked up to its underbody in between the landing gear.