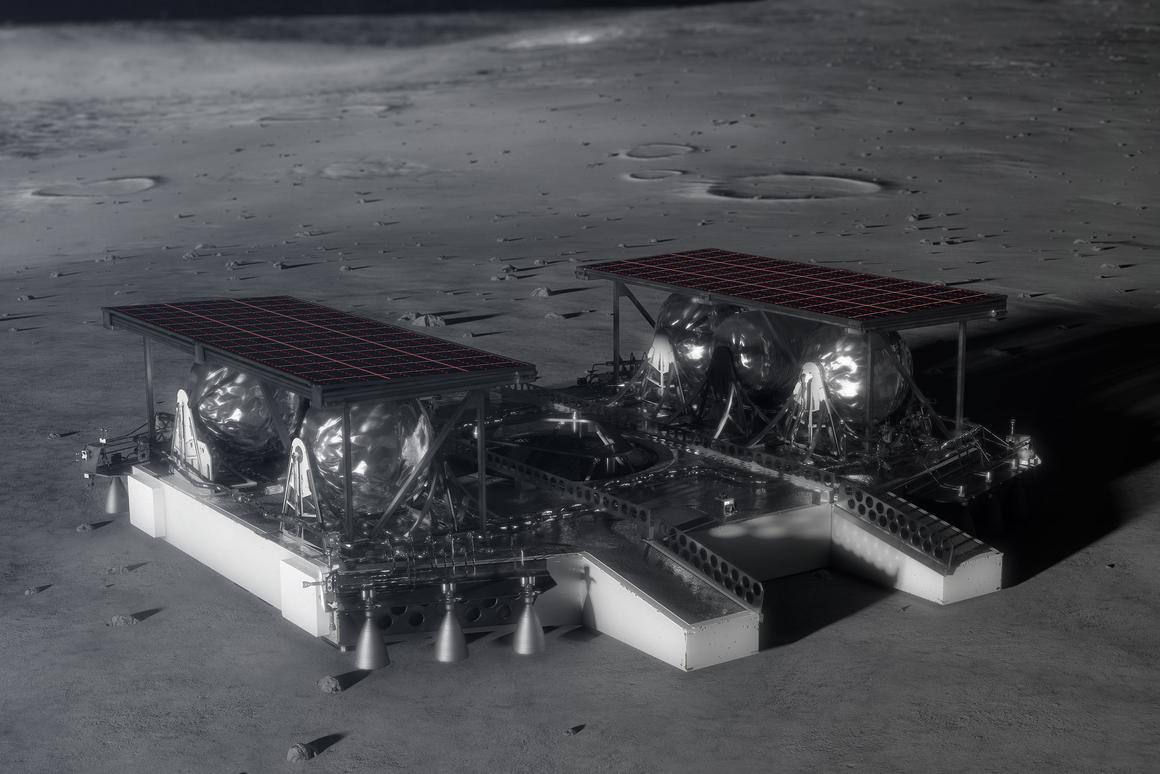 Illustration depicting the mid-sized lander on the lunar surface
NASA

NASA has unveiled its latest concept for a mid-sized lunar lander designed to deliver payloads of up to 300 kg (660 lb) to the Moon’s polar regions. Part of the space agency’s Commercial Lunar Payload Services (CLPS) initiative, the unmanned “pallet” lander is designed to carry a variety of experiments and instruments, including small autonomous rovers, to the lunar surface.

With NASA’s policies of returning to the Moon on a permanent basis and encouraging private investment in space, the agency is looking at ways of delivering various payloads to the lunar surface using simple, relatively inexpensive spacecraft.

The new concept is based on a NASA study that looks at the technology needed for a new lander based on various assumptions about missions and capabilities, as well as advances in propulsion, navigation, communication, landing, and various subsystems. The goal is to produce a lander that balances the desires for a maximum payload with the ability to make precise landings.