Tiny magnetic beads coated in sugar could help doctors to check if a cancer has spread. Once injected into the patient, the beads can be detected using a handheld magnetic wand — similar to a metal detector — and are used to identify the lymph nodes nearest to the cancer.

The lymph nodes form part of the lymphatic system, which drains fluid from tissues all over the body back into the bloodstream. If cancerous cells get into this system, the disease can then spread to other parts of the body.

The key to determining if cancer has spread is identifying the sentinel node — the lymph node that is nearest the tumour. 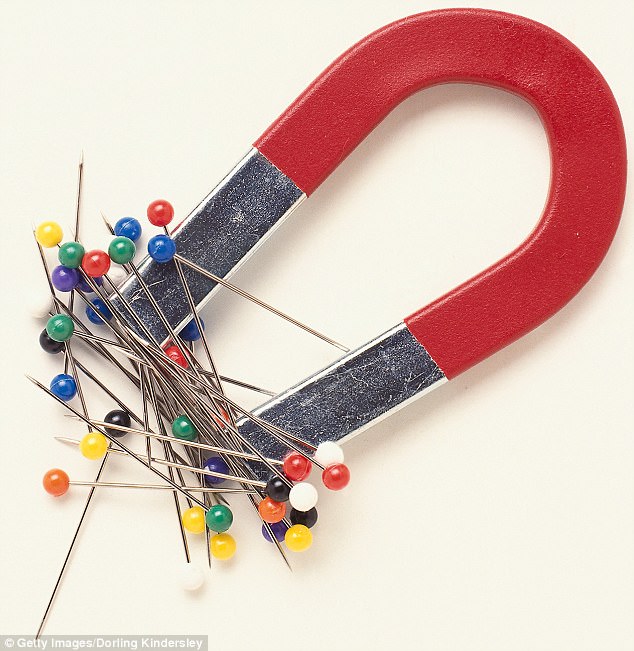 Once it has been located, it can be removed and checked for cancer cells (a sentinel node biopsy) to see if the disease has reached the lymphatic system.

The traditional way to identify the sentinel lymph node is with a radioactive substance injected in the area around the tumor.

A device that detects radioactivity is then used to check for the sentinel node. However, this method can be expensive, inconvenient and carries a health risk.

Instead of radiation, the new technology uses tiny magnetic beads — around one-hundredth the size of a red blood cell — made of iron oxide, which generate a magnetic field.

They are coated in sugar to make them ‘biocompatible’, so they don’t harm tissue.

The beads are injected around the tumor and travel into the lymphatic system, reaching the sentinel node within 20 minutes. The surgeon then holds a sensitive wand, called the Sentimag, over the area to pick up a magnetic signal from the beads.