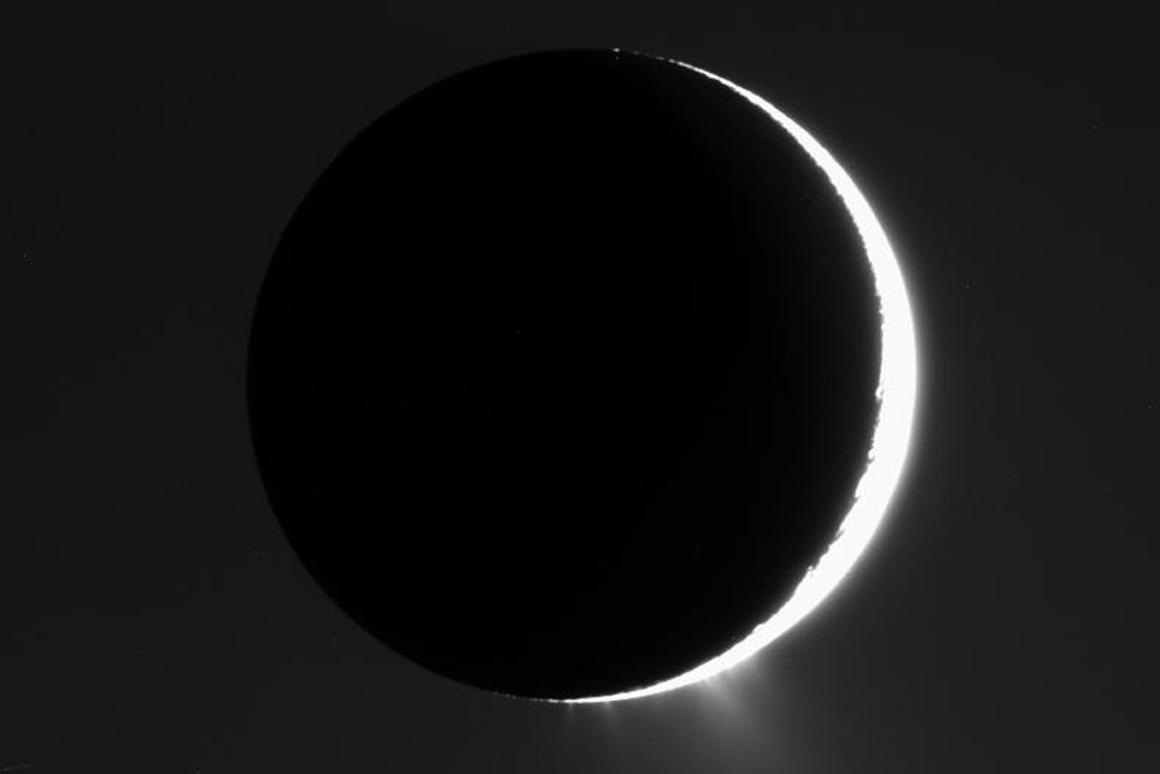 Enceladus passes in front of the Sun, showing off its icy plumes, as captured by the Cassini probe in 2007
NASA/JPL/Space Science Institute

Few bodies in the solar system capture the imagination of life-hunting astronomers like the Saturnian moon Enceladus. Conveniently, hydrothermal vents pull materials from the moon’s core, mix them through its massive subsurface ocean and eject them into space, providing those searching for signs of life with plenty of subject matter.

Scientists have discovered a couple of new organic compounds hiding within these icy plumes, shedding yet more light on the microbe-harboring potential of Saturn’s sixth-largest moon.

These plumes that carry ice and vapor into space have been the source of real intrigue for some time, and especially so since the Cassini probe plunged through the thick of them in 2015. The data the NASA probe gathered during this maneuver gave scientists plenty of new information to work with, uncovering evidence of complex organic molecules and conditions researchers described as “a candy store for microbes.”