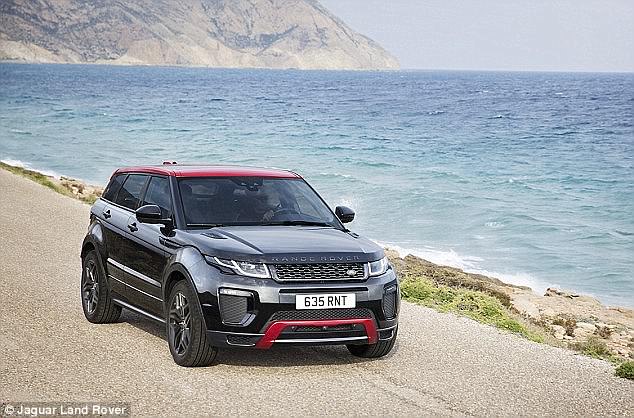 Jaguar Land Rover has invested £19.6 million ($25 million) in taxi-hailing company Lyft, one of Uber’s biggest rivals. Jaguar Land Rover, which will supply a fleet of vehicles and part of the deal, said the money would help to develop self-driving cars (stock image)

Ninety-five per cent of miles travelled will happen in autonomous electric vehicles which are owned by fleets rather than individuals in little more than a decade, a report by California research group RethinkX found last month.

The report found Autonomous Electric Vehicles (A-EVs) will be owned by companies providing Transport as a Service (TaaS) by 2030 which will make up 60 per cent of vehicles on US roads.

Electric vehicles will be cheaper because they will be used ten times more than cars people use at the moment.

They will also have a vehicle lifetime of more than 500,000 miles and far lower maintenance, energy, finance and insurance costs, researchers say.

In the years to come, autonomous vehicles will transform transportation by cutting costs of ride services and changing the way people buy and use cars.

The company, which allows users to hail tacis through an app much like Uber, is valued at £5.9 billion ($7.5 billion) and currently operates in 300 US cities.

The investment, announced on Monday, is from InMotion Ventures, a unit of Jaguar Land Rover that focuses on autonomous cars and other technology.