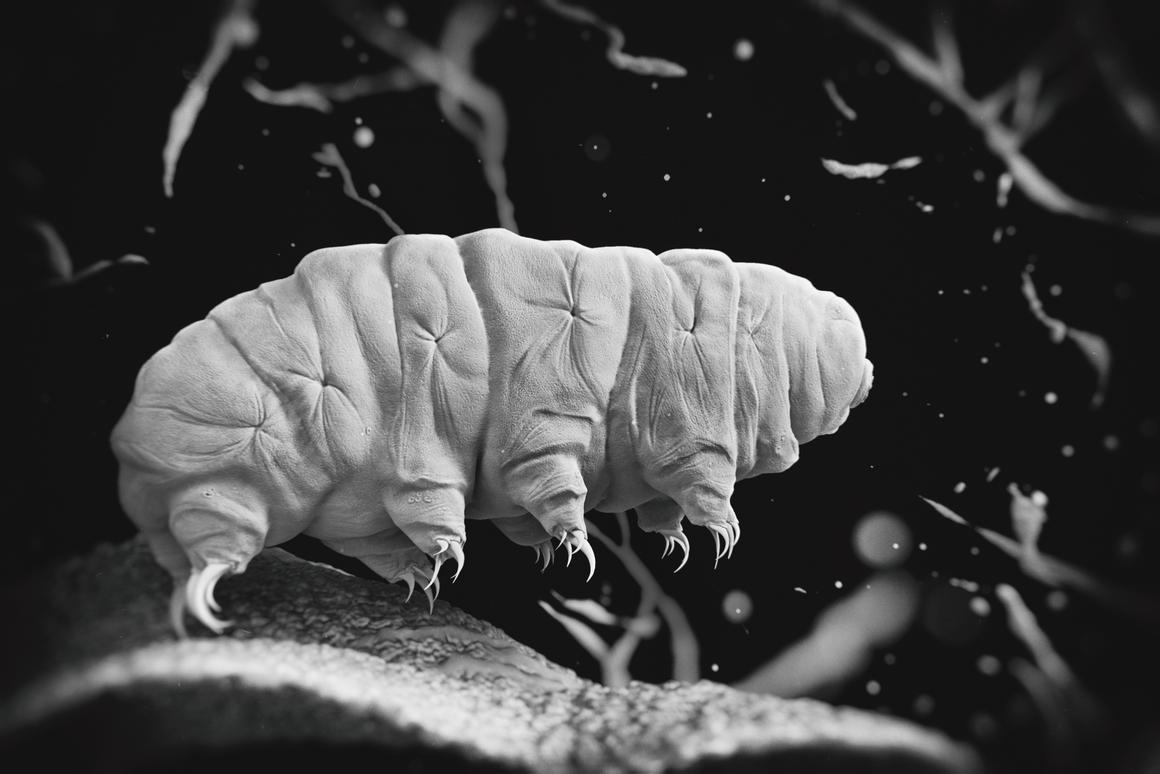 Rendering of a tardigrade, considered the toughest animal on Earth
rukanoga/Depositphotos

It takes something truly extraordinary, like maybe the death of the Sun, to kill the near-indestructible invertebrate known as the tardigrade. Crash-landings on the Moon, a lack of oxygen and conditions in the darkest corners of the ocean don’t appear pose a threat to this critter’s livelihood. Scientists studying these so-called water bears have uncovered a neat trick they employ to endure inhospitable conditions, using a unique protein to generate protective clouds around their DNA.

Tardigrades measure no more than a millimeter long, but possess an indomitability that would make even nature’s largest and hardiest creatures jealous. Key to their survival is an ability to enter a suspended and extremely dehydrated state of being called anhydrobiosis, in which their metabolism is put on hold until the surrounding conditions are more favorable to a regular life.

This capability has seen tardigrades endure temperatures as high as 150º C (302º F) and as low as -272º C (-457.6º F). It has seen them studied in the vacuum of space and exist amongst intense pressures at the bottom of the ocean. When an Israeli spacecraft carrying tardigrades crash-landed on the Moon in August, it inspired some dramatic headlines around the possibility of the near-indestructible creatures colonizing Earth’s only natural satellite.