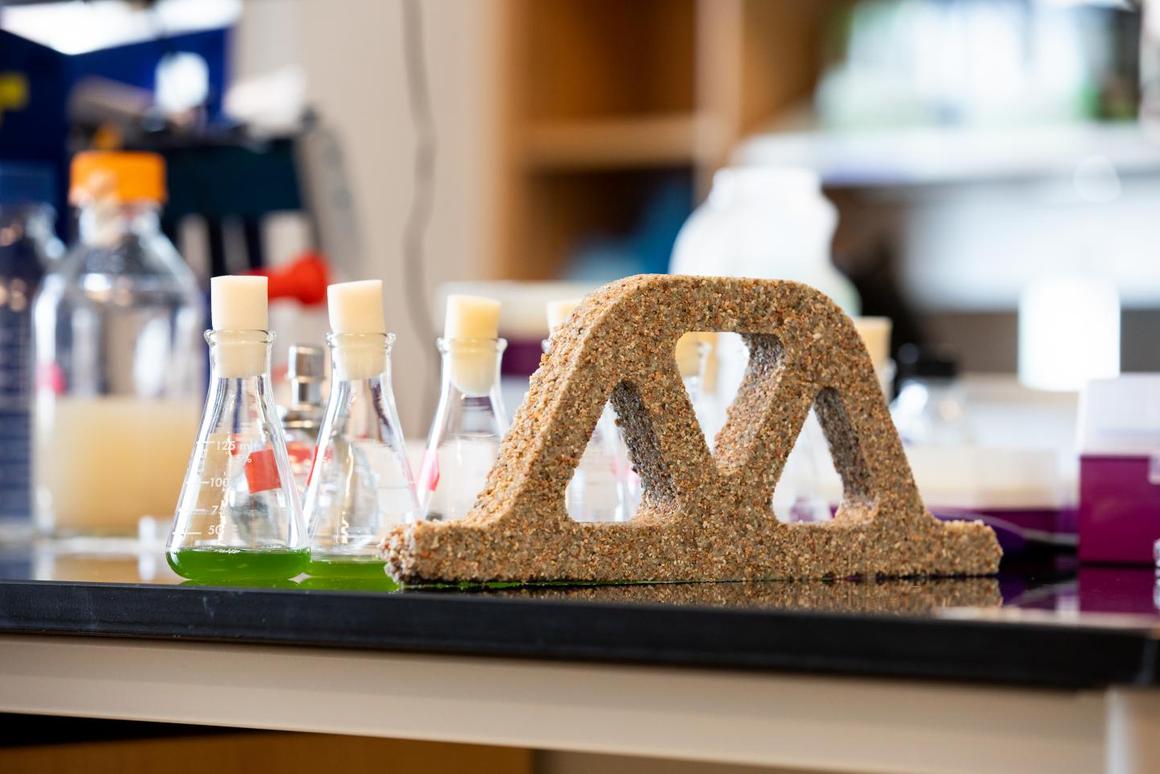 The bricks are made from sand, hydrogel … and Synechococcus cyanobacteria
CU Boulder College of Engineering and Applied Science

We’ve already heard about experimental self-healing concrete, that can repair cracks within itself. Now, scientists have gone a step further, utilizing bacteria to create building materials that can be grown on-site – and that regenerate when broken.

Led by Asst. Prof. Wil Srubar, a team from the University of Colorado at Boulder started by combining sand and a gelatine-based hydrogel. This mixture was then placed in brick-shaped molds, to which Synechococcus cyanobacteria were added. The internal structure of the mix served as scaffolding in which the microbes could essentially “roost.”

The bacteria proceeded to grow as they absorbed carbon dioxide gas from the surrounding environment, producing calcium carbonate in the process. The latter mineralized the hydrogel into a sort of mortar, thus binding the sand particles together to form solid bricks.