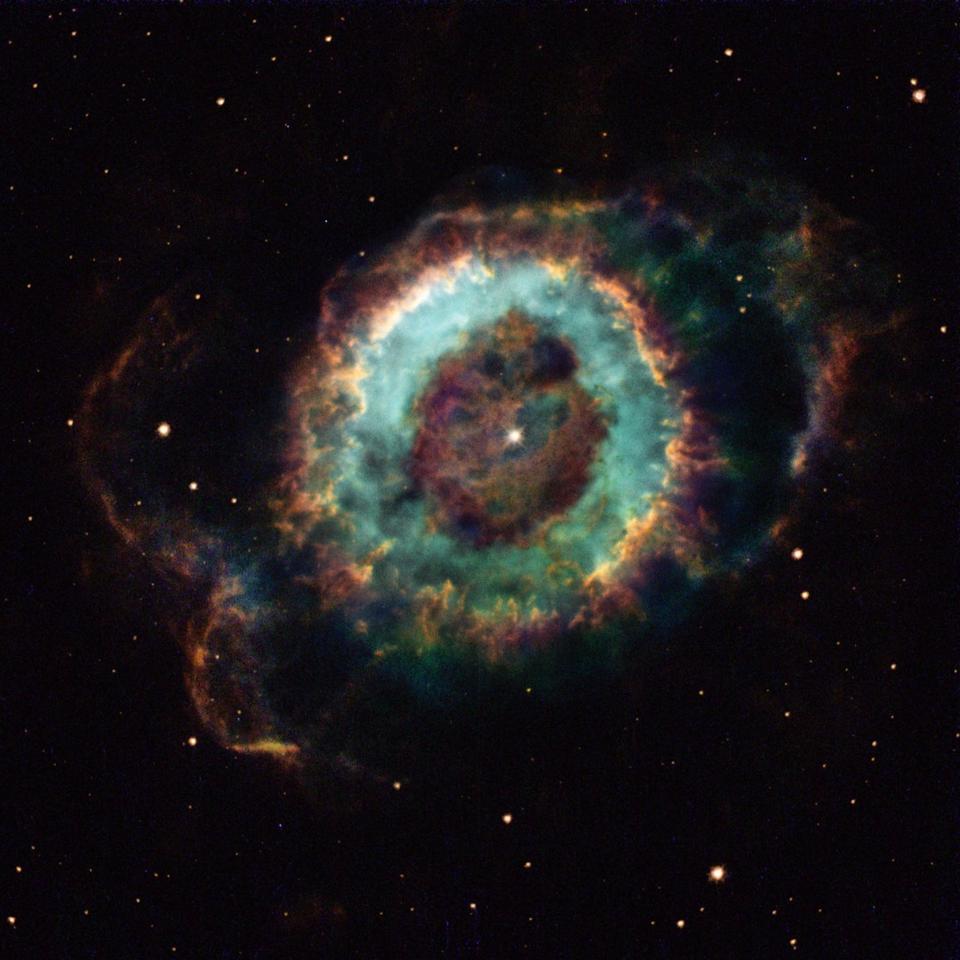 Using a new “supernova machine,” researchers can study the formation of nebulae, such as the Little Ghost Nebula pictured here

NGC 6369 is also known as the Little Ghost Nebula, because in smaller telescopes it appears ghostly and faded. Using Hubble, astronomers can resolve far more detail.
NASA and The Hubble Heritage Team (STScI/AURA)

Supernovae are some of the most energetic events in the universe, and the resulting nebulas are a favorite for stargazers. To better understand the physics behind them, researchers at Georgia Tech have created a “supernova machine” in the lab.

Stars are basically big volatile balls of gas, sustained for millions of years by a delicate balancing act. Intense gravity wants to pull the matter towards the center, but nuclear fusion in the core is pushing outwards at the same time. Eventually though, the core inevitably runs out of nuclear fuel, and gravity wins the battle.

The star then collapses inwards very quickly, and the resulting shock wave sends material flying outwards at extreme speeds. The event is a supernova, the swirling gas and matter is a nebula, and the dense object formed in the center is a neutron star or a black hole.

And now, researchers at Georgia Tech have recreated this process in the lab. Their “supernova machine” is designed to study the turbulence physics that produce some of the most stunning sights that space has to offer.