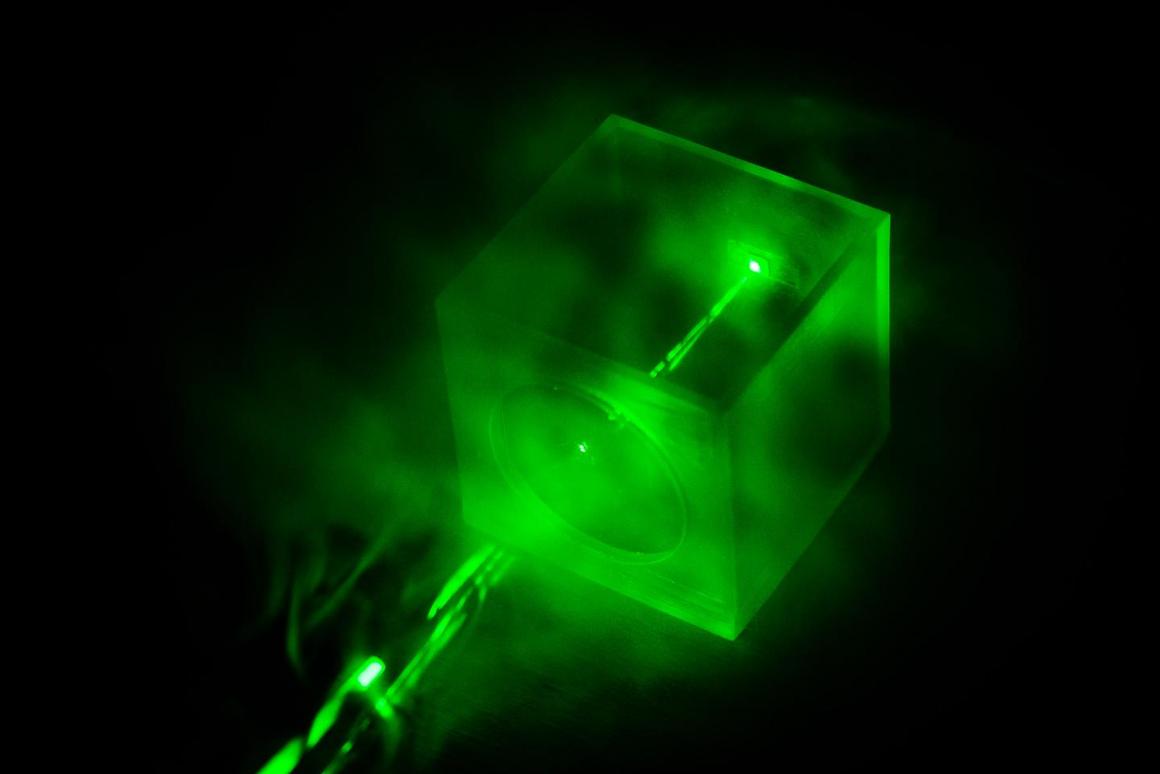 Ordinarily, if it’s suspected that toxic airborne chemicals may be present in a given area, the analysis process can take up to several days. Now, however, scientists have developed a device that they claim can analyze the air on-location – but from a safe distance – within 10 seconds.

The tool was created by a team at Singapore’s Nanyang Technological University, led by Assoc. Prof. Ling Xing Yi.

She was inspired by a 2017 event in which people in various parts of the country complained of a strong gas-like odor. It wasn’t identified until days later as being caused by volatile organic compounds, produced by factories. Such a lag is actually not uncommon, as the typically-used Gas Chromatography – Mass Spectrometry air-analysis process involves first manually collecting air samples, with the actual lab-based analysis then taking anywhere from a few hours to a few days.

Instead, the new device incorporates a chip made of a porous metal-organic framework nanomaterial, which traps gas molecules that are in the area. A laser is then shone onto that chip, producing a lower-energy form of light as it interacts with the gas molecules. When that light is analyzed by a camera, its unique spectroscopic signature is compared to those of known toxic gases, allowing users to determine if any of those gases are present nearby.