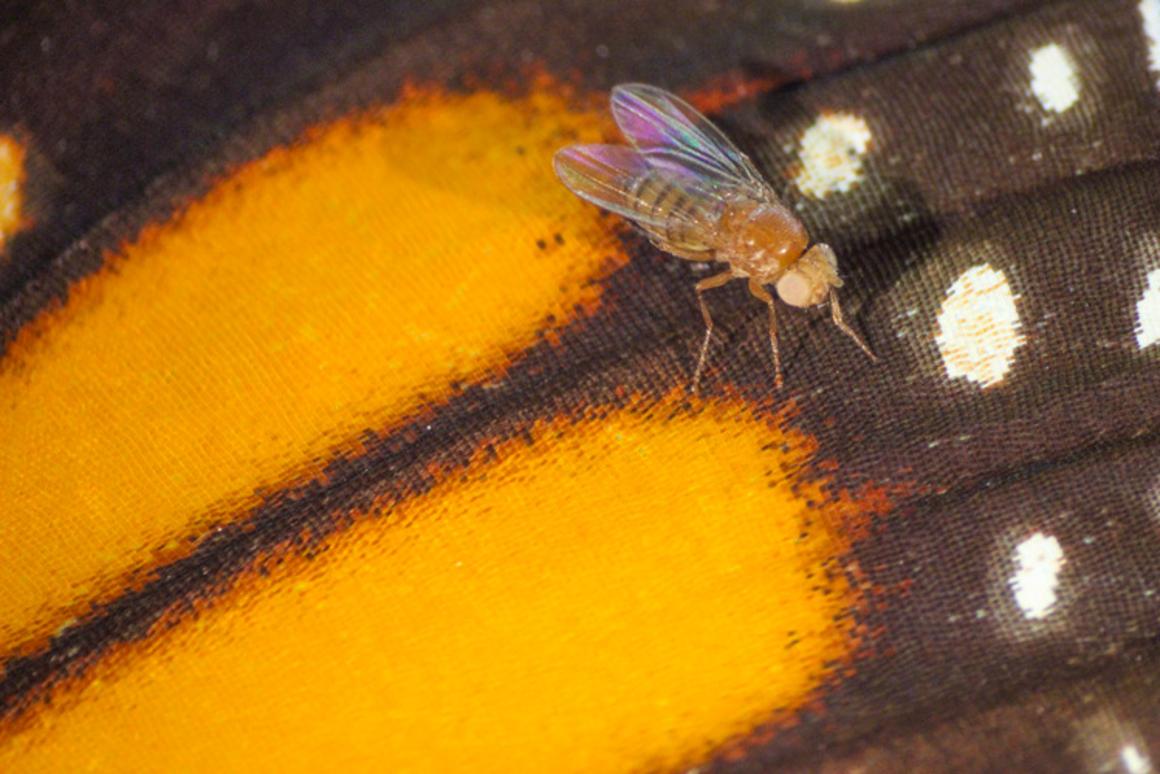 Scientists at the University of California, Berkeley have used the CRISPR gene-editing tool to give fruit flies an evolutionary advantage they’ve never had before. By making just three small changes to a single gene, the team gave the flies the ability to effectively eat poison and store it in their bodies, protecting themselves from predators in the process.

Milkweed is a common plant that’s toxic to most animals and insects – but the monarch butterfly flies in the face of that plant’s defenses. The bug has evolved the ability to not only thrive on the poisonous plant, but turn it to its own advantage. It stores the toxins in its body, making it poisonous to any predators that might try to eat it.

And now, the UC Berkeley researchers have given fruit flies that ability for the first time. CRISPR has been used to edit the genes of insects, mammals and even humans, but the team says this is the first time a multicellular organism has been edited to endow it with new behaviors and adaptations to the environment. In this case, that means a new diet and a new defense mechanism against predators.