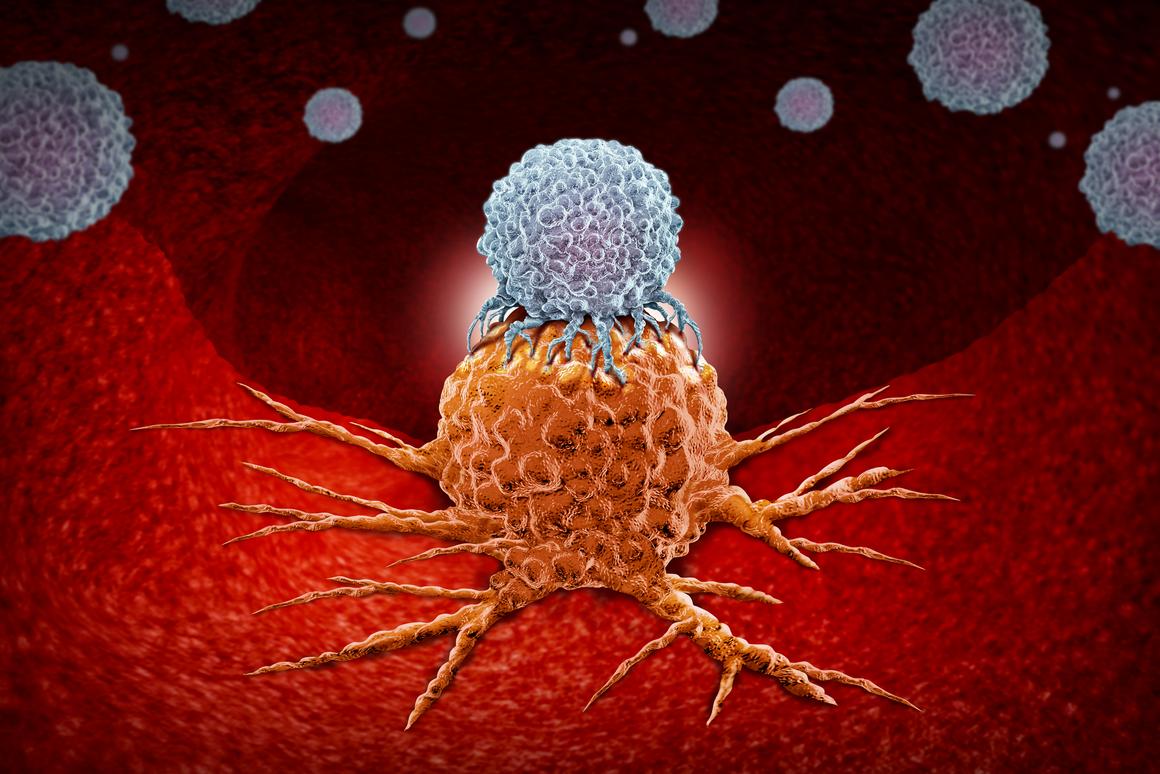 The immune system is already our best defense against cancer, but sometimes it needs help. After all, cancer has a knack for deceiving it and hiding from immune cells, giving itself time to grow and spread. Now, researchers at QIMR Berghofer Medical Research Institute in Australia have identified one way it does so, and found a method to counter it in mouse tests.

T and NK cells act like the foot soldiers of the immune system, searching the body for invading pathogens and attacking them. But their activity can be regulated by other immune cells, such as mucosal-associated invariant T cells (MAIT cells), telling them when to attack and when to stand down.

During the new study, the QIMR researchers discovered that if MAIT cells were switched on, they would prevent T and NK cells from attacking tumors. The tumors seem to have figured this out too – the team found that cancer cells actively turn on MAIT cells by displaying molecules called MR1 on their surfaces.