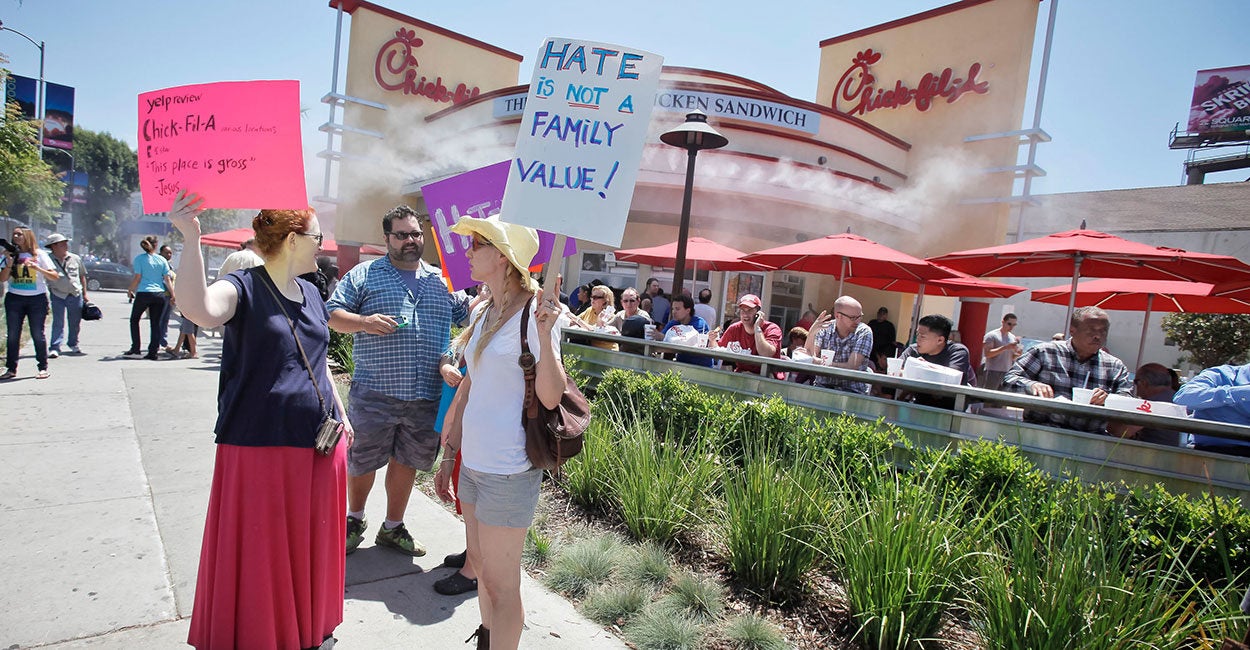 According to public tax documents first reported Tuesday by Townhall, Chick-fil-A donated $2,500 to the Southern Poverty Law Center in 2017 despite the organization’s history of hostility toward conservative causes.

SPLC is known for its controversial practice of designating conservative or religious organizations across the country as “hate groups” if those groups oppose left-leaning causes such as abortion on demand, same-sex marriage, or government coercion of faith-based businesses.

“Not only has Chick-fil-A abandoned donations to Christian groups including the Salvation Army, it has donated to one of the most extreme anti-Christian groups in America,” Family Research Council President Tony Perkins said Wednesday in a prepared statement.

“Anyone who opposes the SPLC, including many Protestants, Catholics, Jews, Muslims, and traditional conservatives, is slandered and slapped with the ‘extremist’ label or even worse, their ‘hate group’ designation,” Perkins said.

Southern Poverty Law Center was linked to domestic terrorism when a gunman who stormed the Family Research Council’s Washington headquarters in 2012 admitted that he targeted the organization after seeing it on SPLC’s “hate map” showing the locations of groups that oppose its agenda. He carried Chick-fil-A sandwiches with him, police said.

A spokesperson for Chick-fil-A Inc. told The Daily Signal in an email that the donation to SPLC “was made by a volunteer member of the Chick-fil-A Foundation Advisory Board.”