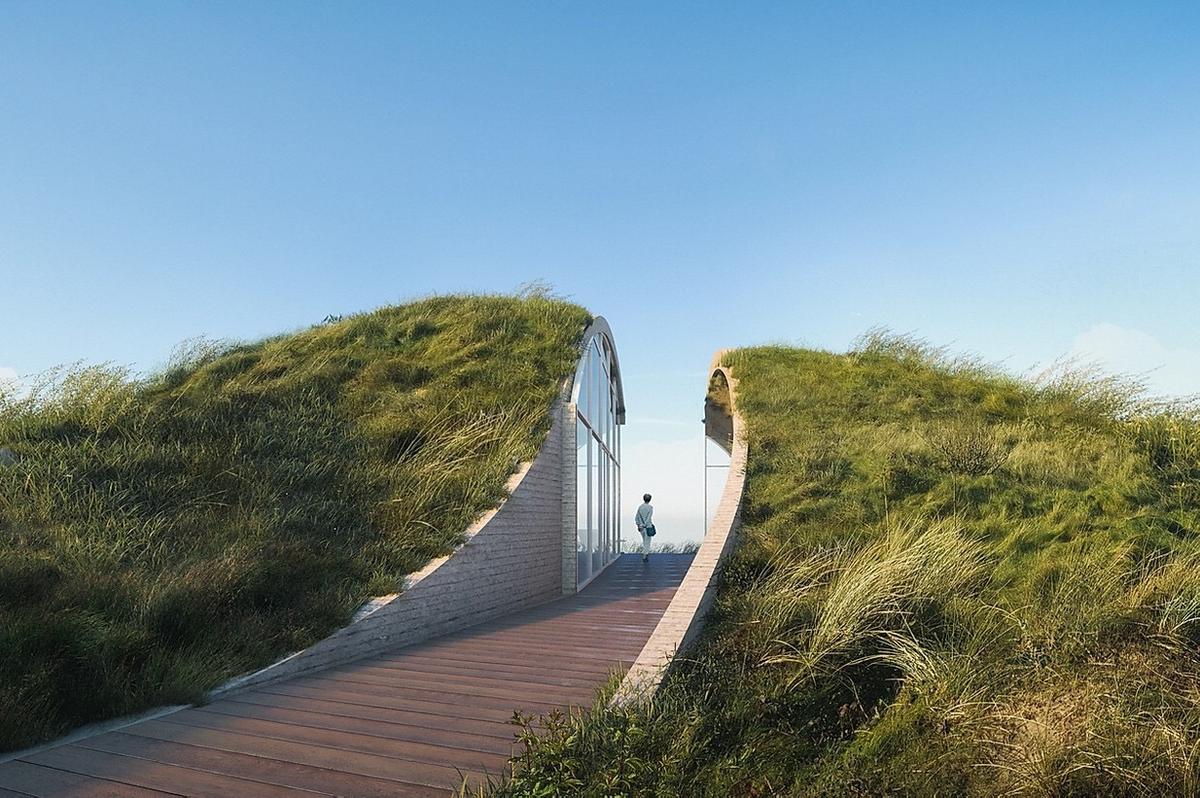 Dune House would be built into the sand dunes in Cape Cod, Massachusetts
Dom Wipas

Here’s an idea for a beach house with a difference, courtesy of Brooklyn-based Studio Vural. Named Dune House, the home would be built into the beach rather than on it like you might expect, and would run off-the-grid with solar panels and wind turbines.

Not to be confused with this Dune House, nor this other one either, Dune House is envisioned for Cape Cod, Massachusetts. Its distinctive design brings to mind the Edgeland Residence, though the firm doesn’t mention Native American pit houses as an inspiration. Instead, a squid of all things provided that initial spark of creativity. Studio Vural head Selim Vural was on a nighttime fishing trip, when, spotting a squid’s “flash” thought “If squids can power themselves, so should houses.”

The interior would consist of two levels, with a gap in the middle separating the upper area into two halves. A large open kitchen and dining area is located upstairs, with a living room and more private areas like the bedrooms situated downstairs.