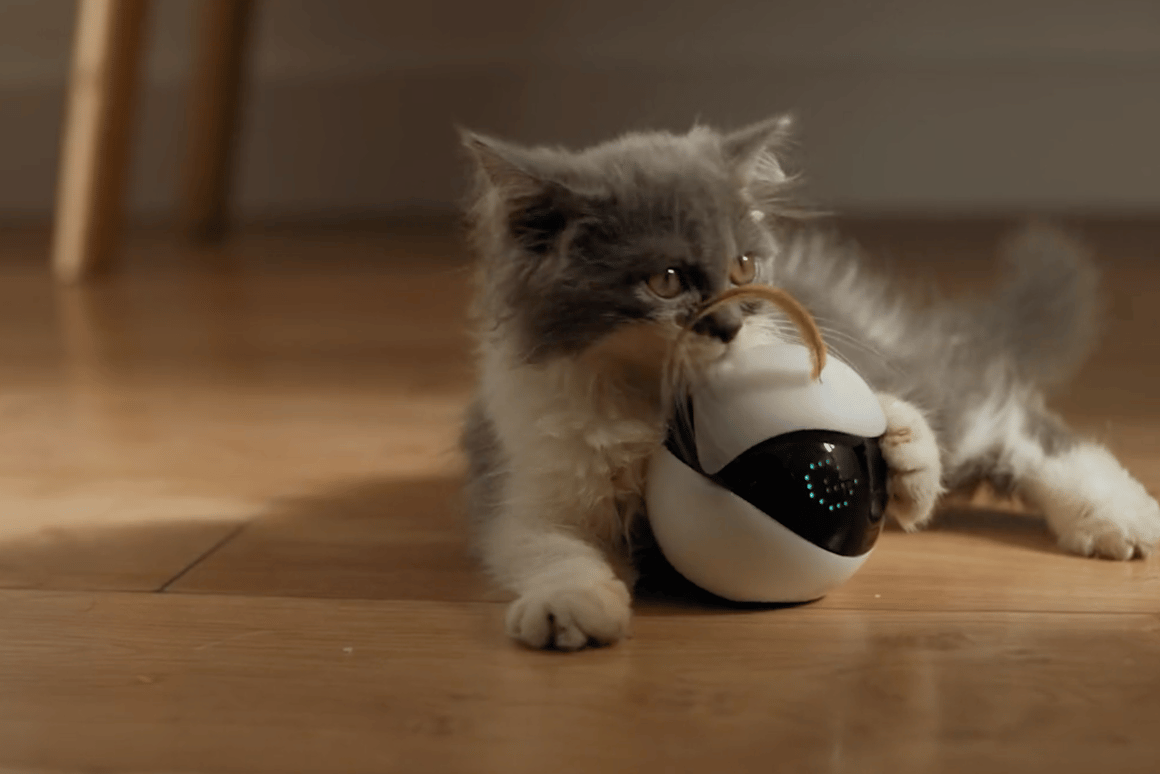 Ebo is a robot companion for cats

Coming home to see your cat still lying in the same spot it was when you left that morning, it’s easy to assume they’re pretty happy with nothing to do. But as curious and social creatures they do get bored, and could always use some exercise to boot. Enter Ebo, a new cat companion robot now on Kickstarter.

Ebo is a small, round robot that can autonomously roll around the house, keeping your cat busy when you’re away. Its erratic movements are designed to mimic those of an animal, and it makes noises and sports an LED screen that lights up like a pair of eyes. Altogether, that should make it unpredictable and exciting for kitty.

Ebo also packs some more traditional cat toys, too. The swappable head piece has feathers or string for puss to play with, and there’s a built-in laser pointer, which no cat can ever resist chasing.

The outer casing is designed to be fairly cat-proof, so scratching, pawing and drooling won’t damage the little robot. If it gets knocked over, Ebo can roll back onto its feet.