The real Lord of the Flies: what happened when six boys were shipwrecked for 15 months 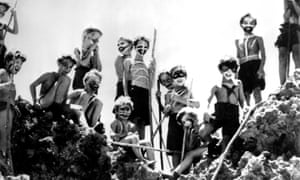 A still from the 1963 film of William Golding’s Lord of the Flies. Photograph: Ronald Grant

When a group of schoolboys were marooned on an island in 1965, it turned out very differently from William Golding’s bestseller, writes Rutger Bregman.

For centuries western culture has been permeated by the idea that humans are selfish creatures. That cynical image of humanity has been proclaimed in films and novels, history books and scientific research. But in the last 20 years, something extraordinary has happened. Scientists from all over the world have switched to a more hopeful view of mankind. This development is still so young that researchers in different fields often don’t even know about each other.

When I started writing a book about this more hopeful view, I knew there was one story I would have to address. It takes place on a deserted island somewhere in the Pacific. A plane has just gone down. The only survivors are some British schoolboys, who can’t believe their good fortune. Nothing but beach, shells and water for miles. And better yet: no grownups.

On the very first day, the boys institute a democracy of sorts. One boy, Ralph, is elected to be the group’s leader. Athletic, charismatic and handsome, his game plan is simple: 1) Have fun. 2) Survive. 3) Make smoke signals for passing ships. Number one is a success. The others? Not so much. The boys are more interested in feasting and frolicking than in tending the fire. Before long, they have begun painting their faces. Casting off their clothes. And they develop overpowering urges – to pinch, to kick, to bite.

By the time a British naval officer comes ashore, the island is a smouldering wasteland. Three of the children are dead. “I should have thought,” the officer says, “that a pack of British boys would have been able to put up a better show than that.” At this, Ralph bursts into tears. “Ralph wept for the end of innocence,” we read, and for “the darkness of man’s heart”.