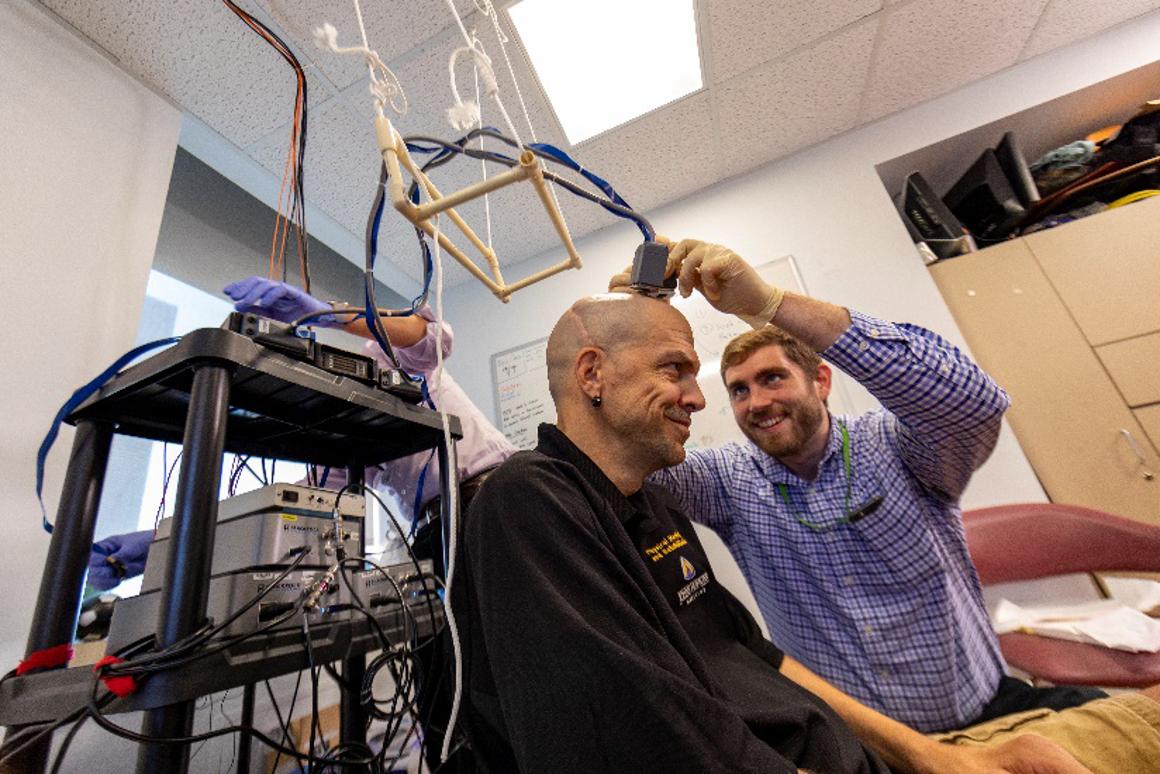 Brain-connected machines that capture and translate electrical signals are showing great promise across a number of areas, but one with massive potential is the world of prosthetics. Scientists exploring these possibilities at Johns Hopkins University are now reporting a big breakthrough, demonstrating a system that enables a quadriplegic to control two prosthetics arms at once using only his thoughts, and also feel a sense of touch coming back the other way.

The team at Johns Hopkins University has been making some exciting progress in this area through its Revolutionizing Prosthetics program, which was launched by DARPA in 2006. In 2016, we saw a double amputee use his brain to control two of the team’s Modular Prosthetic Limbs (MPLs), bilateral shoulder-level prosthetics that enabled him to do things like move cups between shelves, a first for this kind of research.

This system worked via custom sockets which both supported the artificial limbs and hooked them up to nerves in the patient’s torso which, following a treatment regime, had been trained to provide specific control movements for the prosthetic limbs. Five years on, the team has made some advances.

“As we integrated new capabilities into the MPL, such as fingertip sensors for force, acceleration, slip and pressure, we started to ask ourselves, ‘what is the best way to feed this information back to our study participants so that they would be able to interact with the environment just as able-bodied people do?’” said project lead Dr. Francesco Tenore.