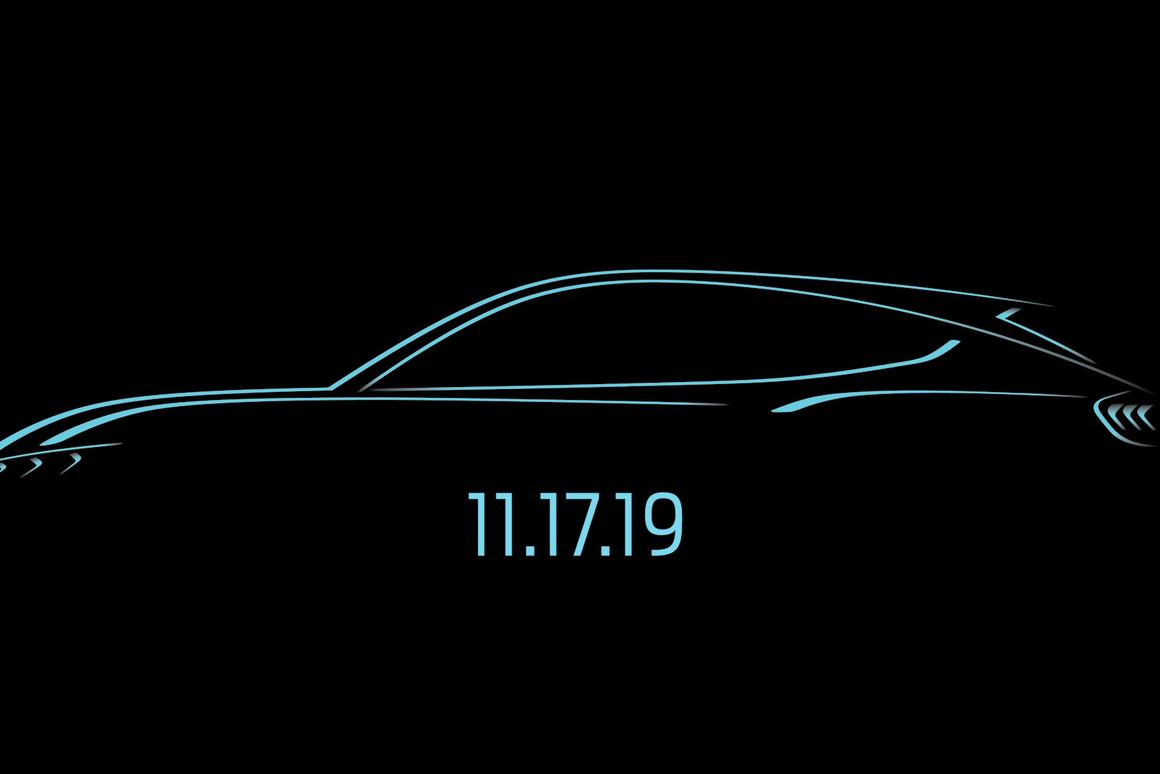 Some automakers dip their toes in the water sheepishly when launching an initial electric vehicle, but Ford is leaping high, contorting into taut, textbook cannonball form and drenching the crowd. Its first vehicle of an energized EV market offensive draws heavily from the book of Mustang legend, with styling and performance inspired by Ford’s muscle icon. The company has been teasing the electric crossover for a while now, and today it announced that we’ll get our first look at a world premiere event based at next month’s LA Auto Show. It’s definitely one EV crossover to watch out for.

In a world where all-electric crossovers are quickly becoming a dime a dozen, it’s rare that a new one even tickles an eyebrow anymore. But an all-electric pony-UV that smashes together the latest in torquey battery drive tech with smooth, classic styling borrowed from Ford’s most legendary sports car? That’s something that’ll make a person look up and take notice.

Ford says that the Mustang crossover is targeting 300 miles (483 km) of EPA-estimated range per charge (and 370 miles/600 km on Europe’s more generous WLTP) in a specific configuration, and an October 17 press release from Ford’s charging partner Electrify America has the trim in question as a rear-wheel drive model with extended-range battery pack. The other trims and range figures are still unknown outside of Dearborn.